Opening Up A Can of Worms 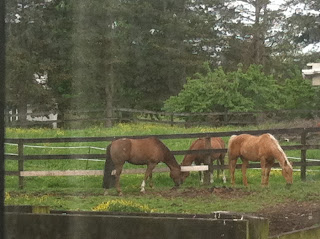 Last week I had the Vet out.  It was time for Elvis's annual dental and Bob was due for shots. 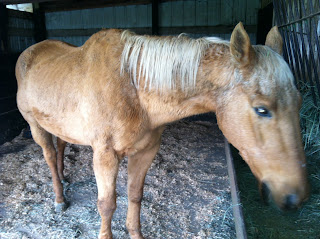 As for Prince, I wasn't sure exactly what he needed.  His former "owner" told me he was up on his shots but I doubted her based on the condition Prince was in when I brought him home.  Fact is, what kind of credibility does someone like that have? 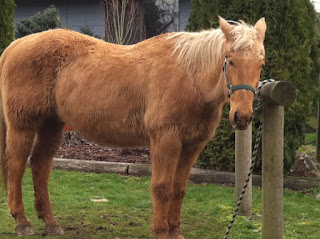 With lots of TLC and feed, Prince has come back from skinny and dull eyes to plump and wise eyes.  Here he is on a windy April day waiting to get new shoes. 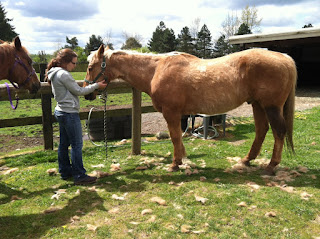 But the fact is, Prince does display his age, estimated to be around 24.  It also appears Cushings has knocked on his door. 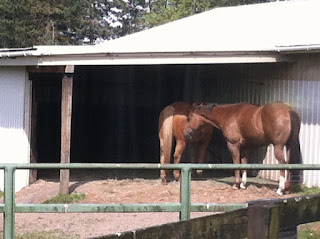 I've also found cud around the feeder and in the stock tank.  I know it's from Prince and not from his young roommate. 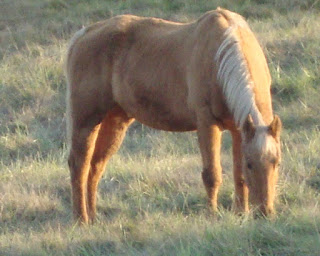 So I decided to give Prince the full meal deal.  On this day he'd receive a dental, full set of shots and blood test for Cushings.

When Prince opened his mouth for his dental, it also opened a can of worms.  Prince is missing most of his teeth and almost all of those left are loose.  The Vet doesn't believe Prince has ever had a dental and as he put it, "Whomever used to own this horse did him no favors."  Duh. 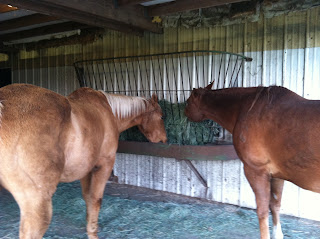 Prince's diet is going to have to change.  He's moving to beet pulp and soaked grass pellets.  This means the Logistics of feeding Prince is going to need to change so he gets his nutrition and other (very plump) horses who live here don't push him off of his new menu.

I have two choices.  Place him in a stall to eat twice a day, returning him to his current pasture and roommate in-between.  Or putting him in is own pasture/loafing shed and allowing him to eat at his own pace during the day.

I will choose option #2.  Who knows how long it will take Prince to eat his morning and evening meals.  And although it's also easier for us it's also a good long-term solution for when we are out of town and our awesome horse feeder takes over. 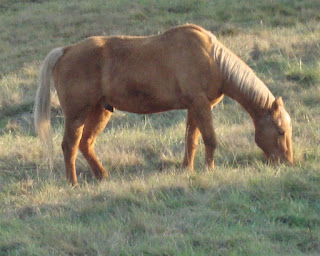 I need to schedule another Vet visit for Prince to have those loose teeth removed.  Prince had a rough time under sedation and he was also sore afterwards so I'll hold off a week or two so he can recover. 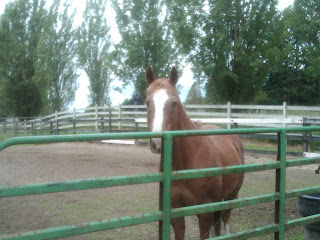 Bob is now due for a dental so I'll have that done at the same time.  Ugh...$$$$$$!!!!!  What a can of worms I've opened!  But I'd rather go through the pain of having that can opened and our horses healthy and happy vs suffering.  That being said, I hope to not see another can of worms for a long time!
Posted by 50+ Horses at 2:32 PM