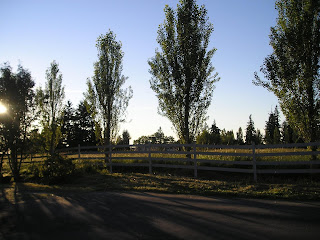 Up here it's a live and let live life.  Neighbors up here keep to their own.  Sure we're friendly and we look out (from a distance) for each other.  But we are not best friends - nor do we want to be. 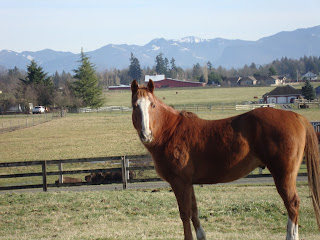 We are all here for the same reason.  To live, raise our children and/or livestock in the peace of the country.  Up here there's a silent unwritten code of ethics that includes respecting your neighbor and not calling 911 unless you've done all you can to resolve the issue first.  It's a good place to live.

Or I thought it was. 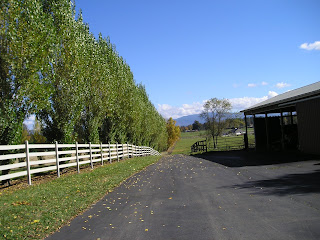 Our home is set back on our property which borders our neighbor's 15 acres which includes a large field and home, complete with pool and tennis courts.  Nice place.  The folks that lived there did a lot of traveling.  The place was usually empty.  Every year they had their field cut and hayed.  They kept the fence painted, etc. 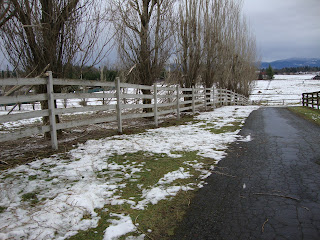 About a year ago they climbed over the fence to tell us they were planning on cutting the poplars that line our drive.  They said the poplars had incurred too much damage from that winter's ice storm and "needed to go".  Although we hated to hear the news, we realized that the neighbor's didn't have to come over to tell us, they could have just cut them down.  But that's what a good neighbor does up here, the code of respect. 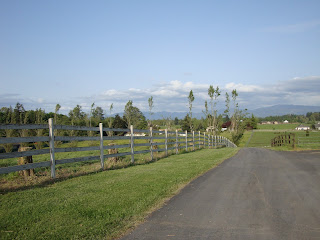 A few days later the poplars were gone.  We wondered, how come they only cut down one fence line of the "damaged/have to go" poplars?  The other three fence lines were left alone. 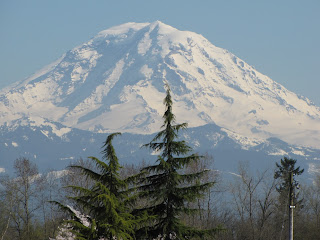 We suspected that the removal of the poplars gave them more of the view which is on the other side of our house.  But why would they suddenly decide they needed the view?  (We soon found out they were selling their home and hoped to enhance their view.) 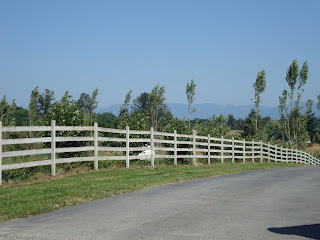 The house sold and the poplars started to grow back.  The house stood empty...until last August.  On that quiet summer evening the silent house turned into a "party house".  Every light on, loud outside music, people screaming and yelling.  Sounded like they were having a great time.

And just as suddenly as it started, it stopped - as in immediately stopped.  Lights went off and there was silence.  The house once again stood empty and we returned to the quiet life we moved here for until the end of September when the same situation repeated itself.  It was odd.

Winter arrived and spring left.  During that time the house had visitors during the day but at night all was dark and silent...until last night - the Fourth of July.

Our horses.  Living near a Native American community, our horses have always been desensitized to fireworks, which start around mid-June and are sold until midnight on July 4th.

Last night I took precautions of hanging halters near the gates of the pastures but didn't think anything else about it.  In all the years we've lived here we've never had an issue.  Everybody near us has livestock or dry fields.  They leave and go watch a firework show some place else but don't set them off at home. 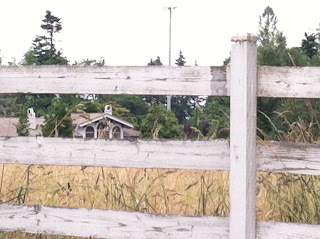 So on this night it wasn't only the first party next door of the summer that rocked our house at dusk; it was the aerial fireworks being set off as it became dark. 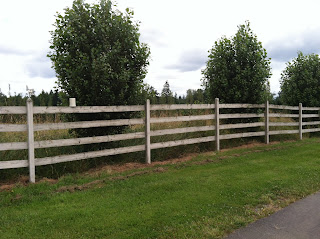 Fireworks that were being set off into the tinder dry uncut hay field that borders our property, now lined with bushy poplars. 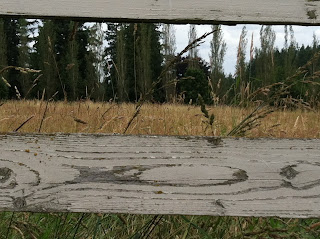 Pointed directly at our place, I not only worried about fire but what impact this was having on our horses, only a short distance away from the showering sparks.  I went out to find them frantic.  Elvis and Bob had parked themselves right up against their fence next to Prince, who was parked against the other side of the fence.  The roman candles (and whatever else flies in the air), would come towards the horses who would scatter only to return, like a magnet to each other. 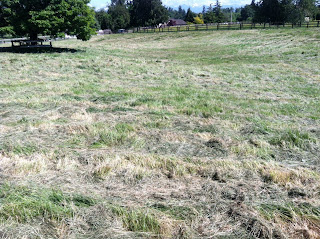 I had left Bob and Elvis in the large summer pasture.  I worried I wouldn't have 3 acres of time to catch them should there be a fire and I kicked myself for not anticipating this situation.  I threw open the gate to Prince's pasture.  Bob and Elvis flew past me like the world behind them was going to end.  Now I had easier access and hoped they'd find comfort together.

I was so frustrated.  I must admit to uttering (well, yeah - I did kind of yell) "poor neighbor" four letter words at the party goers but they couldn't hear me over their own noise (probably a good thing in retrospect).  I thought about going over and talking to them but chickened out...too many of them.  I thought about sending my husband over to talk to them, but he had to work the next day and was already in bed.  I knew calling the authorities, who had their hands full, wouldn't help.  I fretted and fumed.

After three continuous hours of aerial fireworks, it suddenly became quiet.  I ran outside - to find the house dark and not a soul around.  I took a flashlight and checked on the horses, huddled together in a corner of the pasture.  I left them as they were, together for comfort. 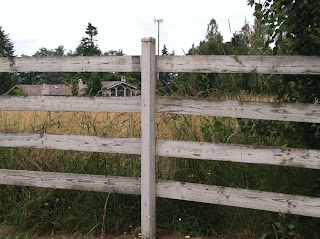 This morning the house was once again empty and quiet.  I found the horses no worse for wear and moved Bob and Elvis back into the summer pasture.  When I looked out the window a little later this is what I found... 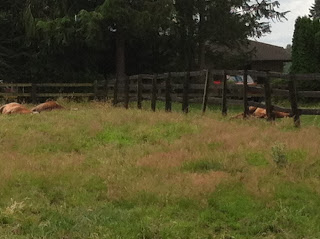