So much happened in the month since Elvis met his first cows.  In our merry truck that first trip were two of my Cowgirl Pals, my Frainer (friend/trainer) and me.  Behind us in the horse trailer were our gallant steeds.  In what would be a day with so much heavy rain that it broke our 64 year record, we'd slogged home with horses and riders all having a lot of fun.

But a month later on this second trip, found Elvis and I on a gorgeous, sunny day hauling over by ourselves.  Elvis hadn't hauled alone since September and I was pleased to see how easily he loaded/unloaded and behaved when I took him into the arena.

My Frainer was there to greet us.  She had agreed to take the first two runs to make sure all was well before I got on.  Elvis had a bit of confusion when he first saw the cows; I think he'd forgotten what they were.  But he caught on quickly and then finally!  After 3 years of waiting to return to sorting, I finally got the chance to do it again! 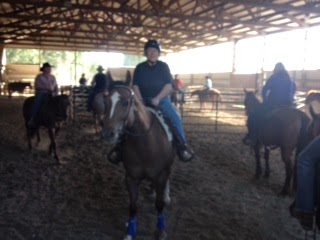 What a joy to be up on my guy! 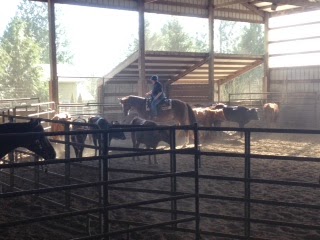 Our first run together.  Look at how intent Elvis is. 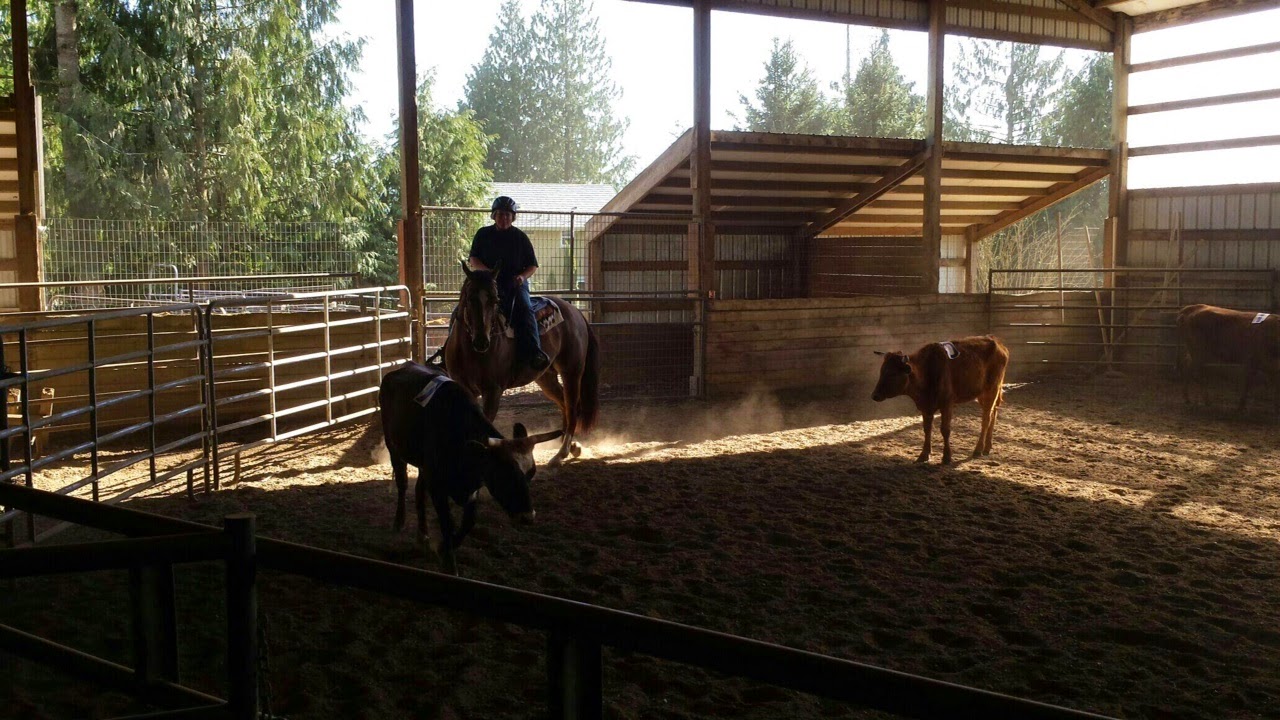 I found Elvis to be really responsive to the cows - in fact almost too responsive.  It had been a long time since I'd been in the pen and I wanted to feel my way around a bit (i.e., take it slowly) the first few times.

But Elvis had other ideas.  He was quicker than I was comfortable with and actually got me rattled. However, I own this issue - Elvis was doing exactly what he was supposed to do, trying to get a good time in.  It was ME who wanted to take it slower!

My Frainer had other places to be so she bid us good luck and left us on our own.

The wait for our second run was long, about 30 minutes or more.  Elvis had a hard time waiting. He became fidgety, wouldn't hold still and was into everything.  Space was limited and I didn't have any place to do more than walk him between and around other horses.

So while everybody else sat on their quiet horses, Elvis and I were moving all over the place, pawing, backing up, moving forward, sideways, etc.  The more we waited the more agitated he got. On our third run he was ignoring me and getting more amped up to the point where I decided to scratch my last two rides.

So we've both got stuff to work on and that's ok.  For a horse that up until last year spent his whole life in show barns, I'm really pleased with how he did for his second time. He exhibited the traits of what will become a good cow horse.  I can truly say, "Elvis has cow"!