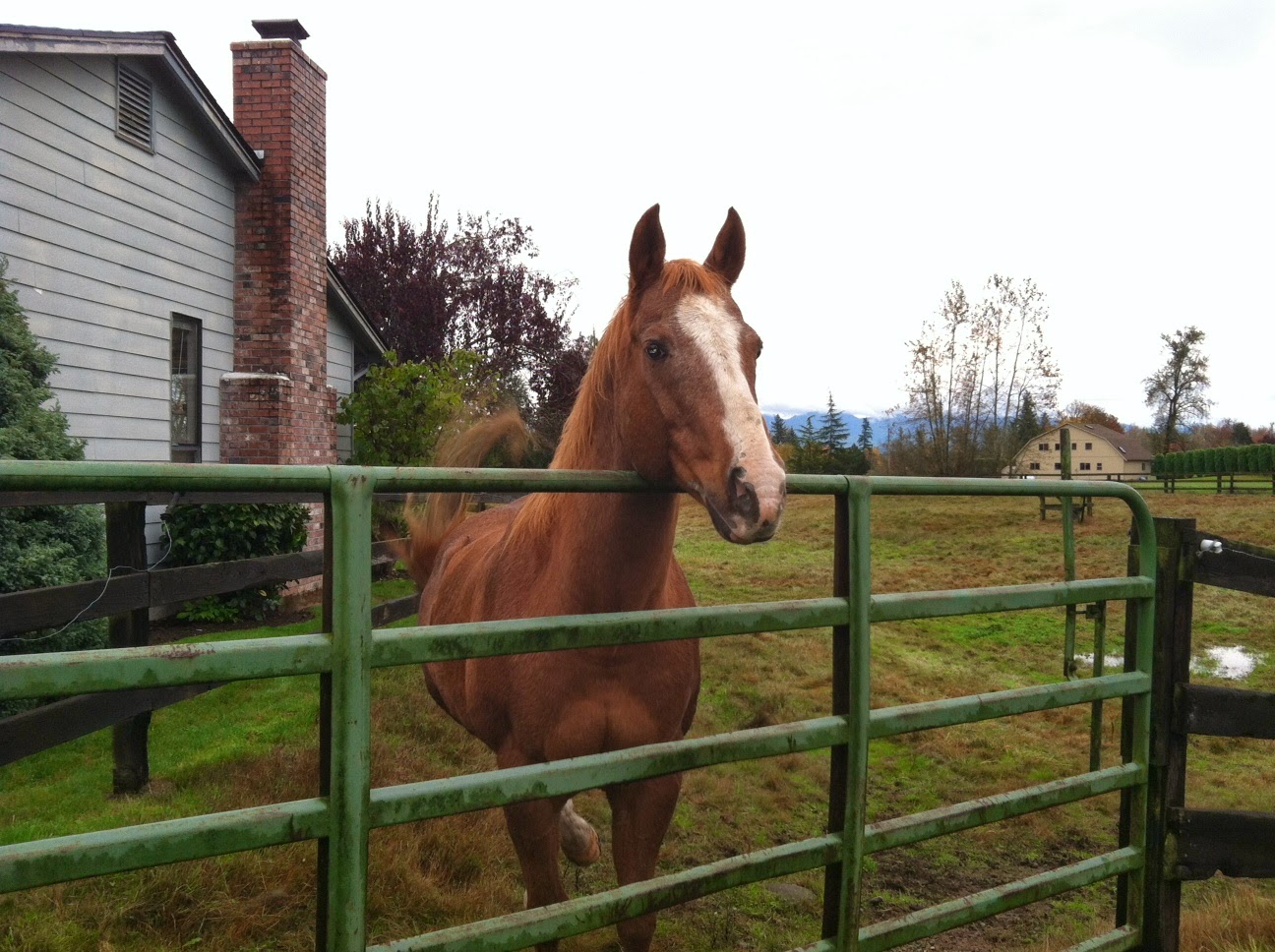 A few years ago, towards the end of fall I decided to find a buddy for Bob so he wouldn't have to winter alone. 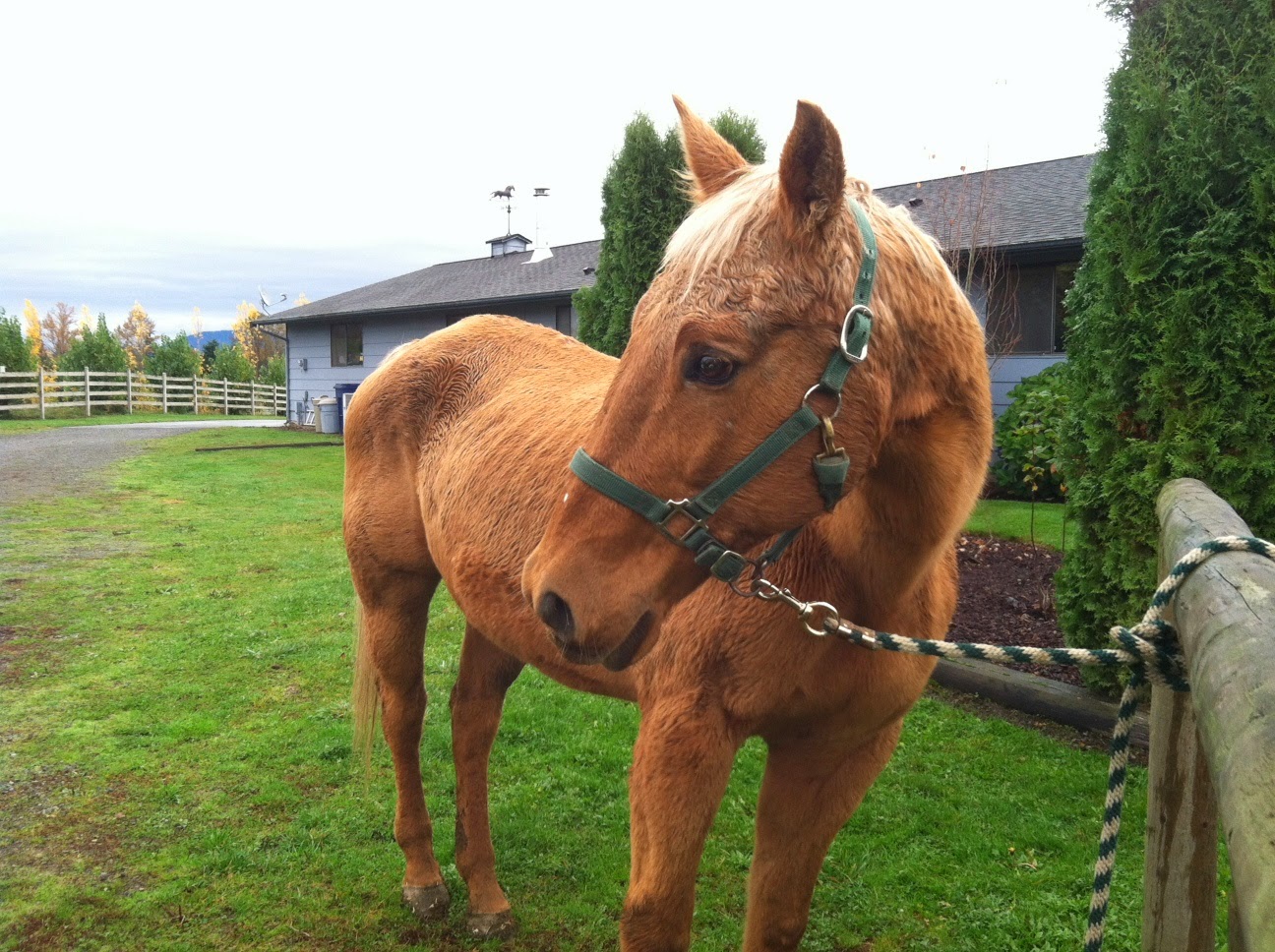 I found him on Craigslist under an add saying "GENTLE, GENTLE, GENTLE".  He was noted as an experienced high country trail horse.

I placed a call and was surprised to find he was located only a couple of miles down the same road we live on.  His owner said he needed a few groceries but was ready to hit the trails. 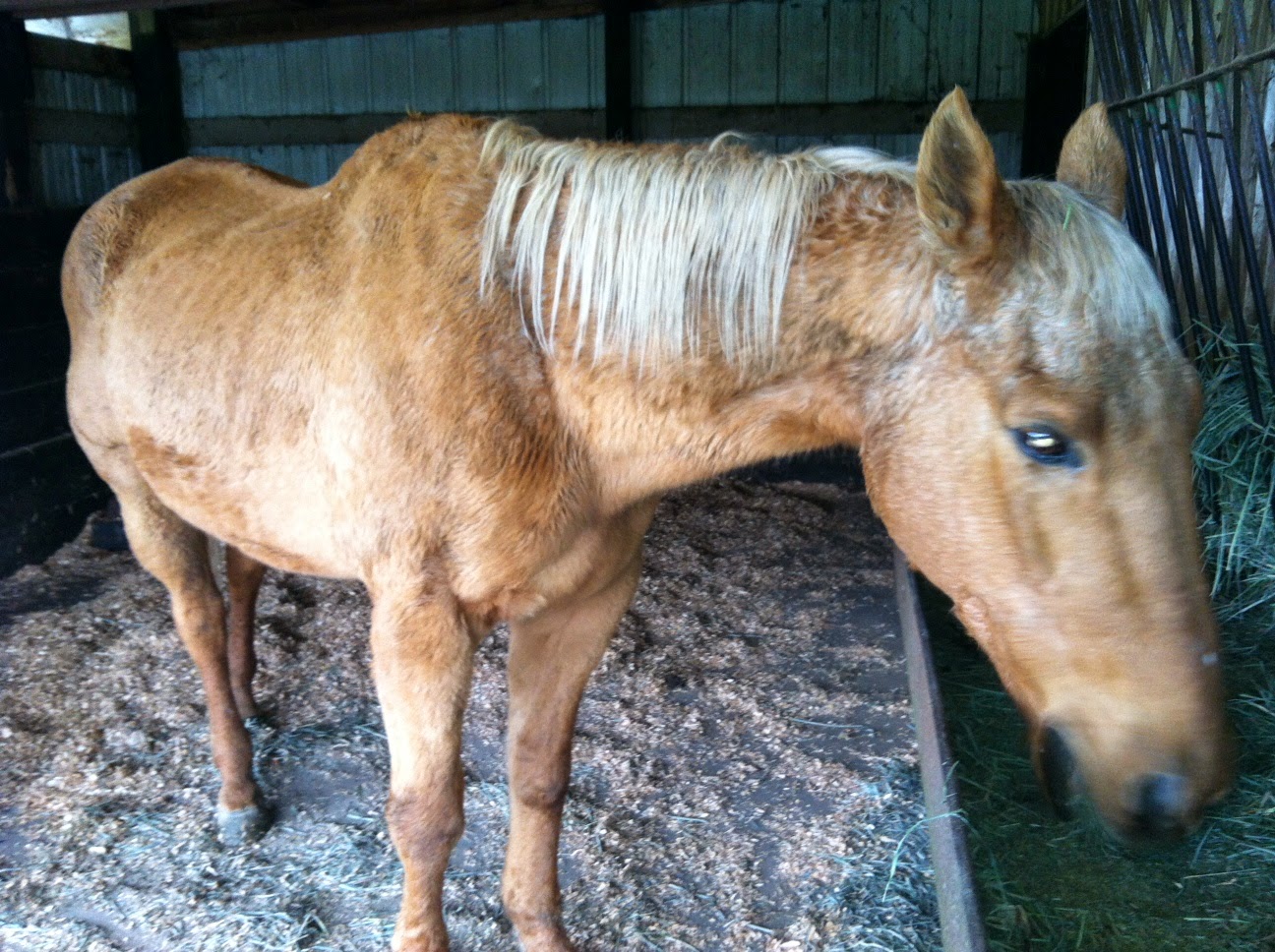 I was appalled by what I saw.  His owner said his name was "Monster" and that he had belonged to her boyfriend.  The relationship had ended and the owner had been "stuck with his horse".  It was obvious she had no fond feelings for either. 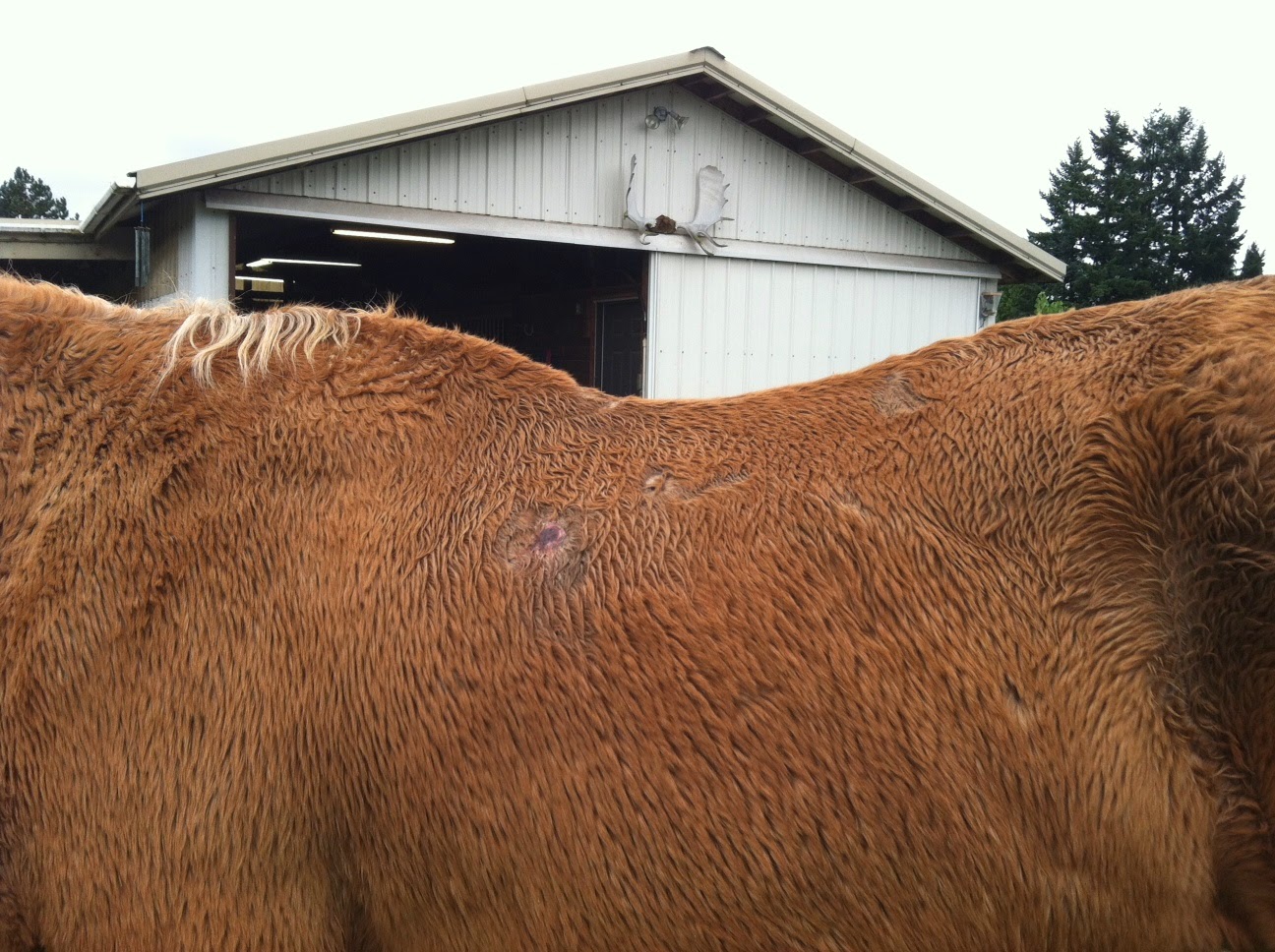 "Monster" was in a weed infested pasture with a Stallion and a Mare. He had bite marks not only on his sides but also along the top of his spine - many of them full of puss.  His owner had been throwing hay out into the pasture and letting the horses fight over it. "Monster" had been on the losing end of those fights. 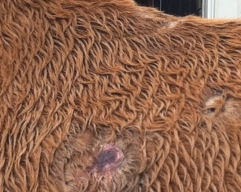 Her add was posted at $800.  I looked her in the eye and told her that there was no way anybody was paying $800 for a horse in such horrible condition.  I recall how she couldn't look me back in the eye. She lowered her gaze and denied any knowledge of the price being so high.

I admit - I was so angry...My offer of $100 was promptly accepted and I returned home to get the trailer.

I was back in minutes.  On my short drive I had already given "Monster" a new name.  His name would be Prince because he was leaving his horrible life as a Pauper and would be a Prince.  He literally jumped into the trailer when I opened the door. 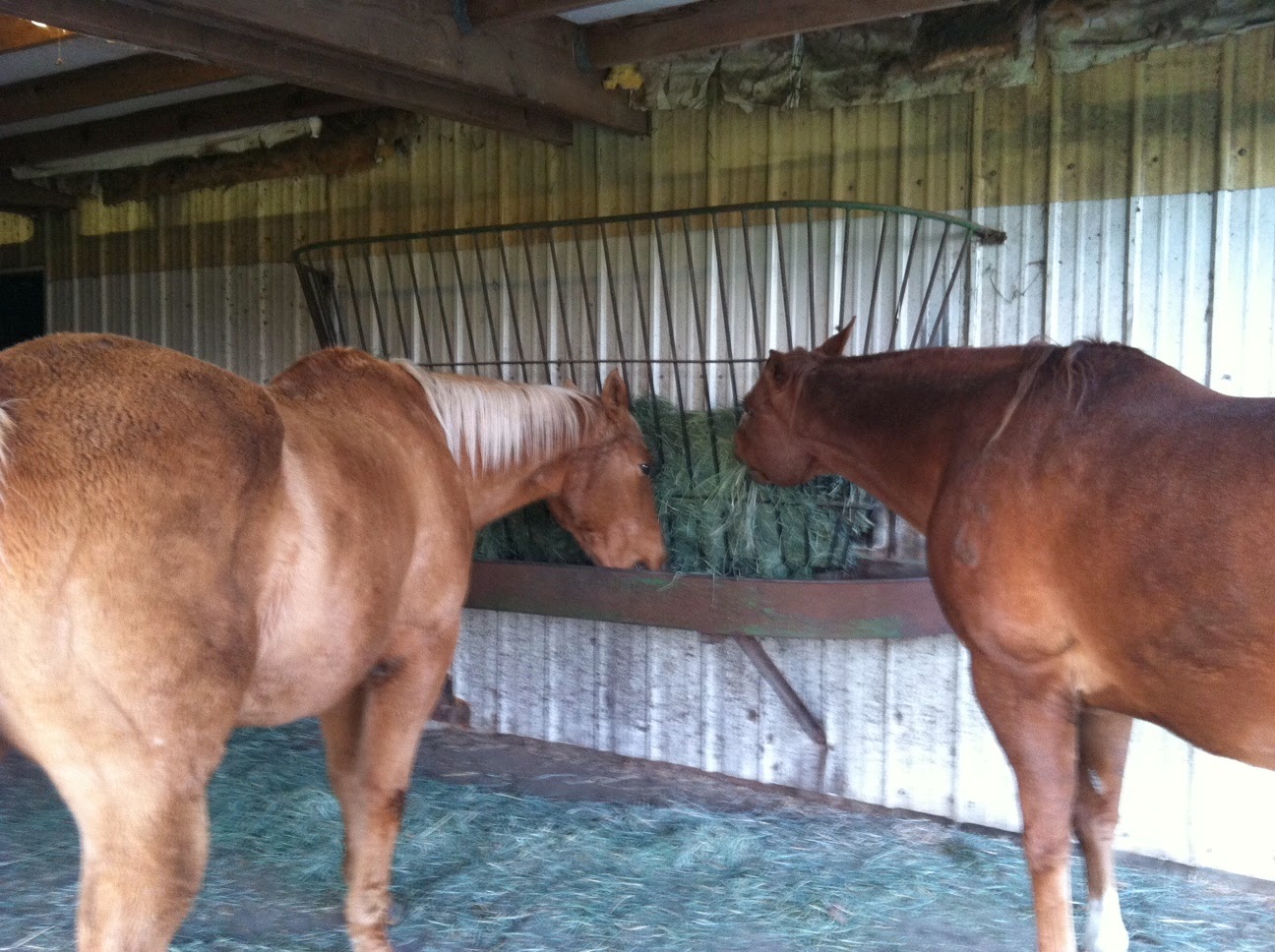 I cleaned Prince's wounds and we took it slow introducing him to food.  We put him by himself for the first few days while he acclimated to his feeding schedule and new environment.  We were pleased to find the two horses became fast friends. 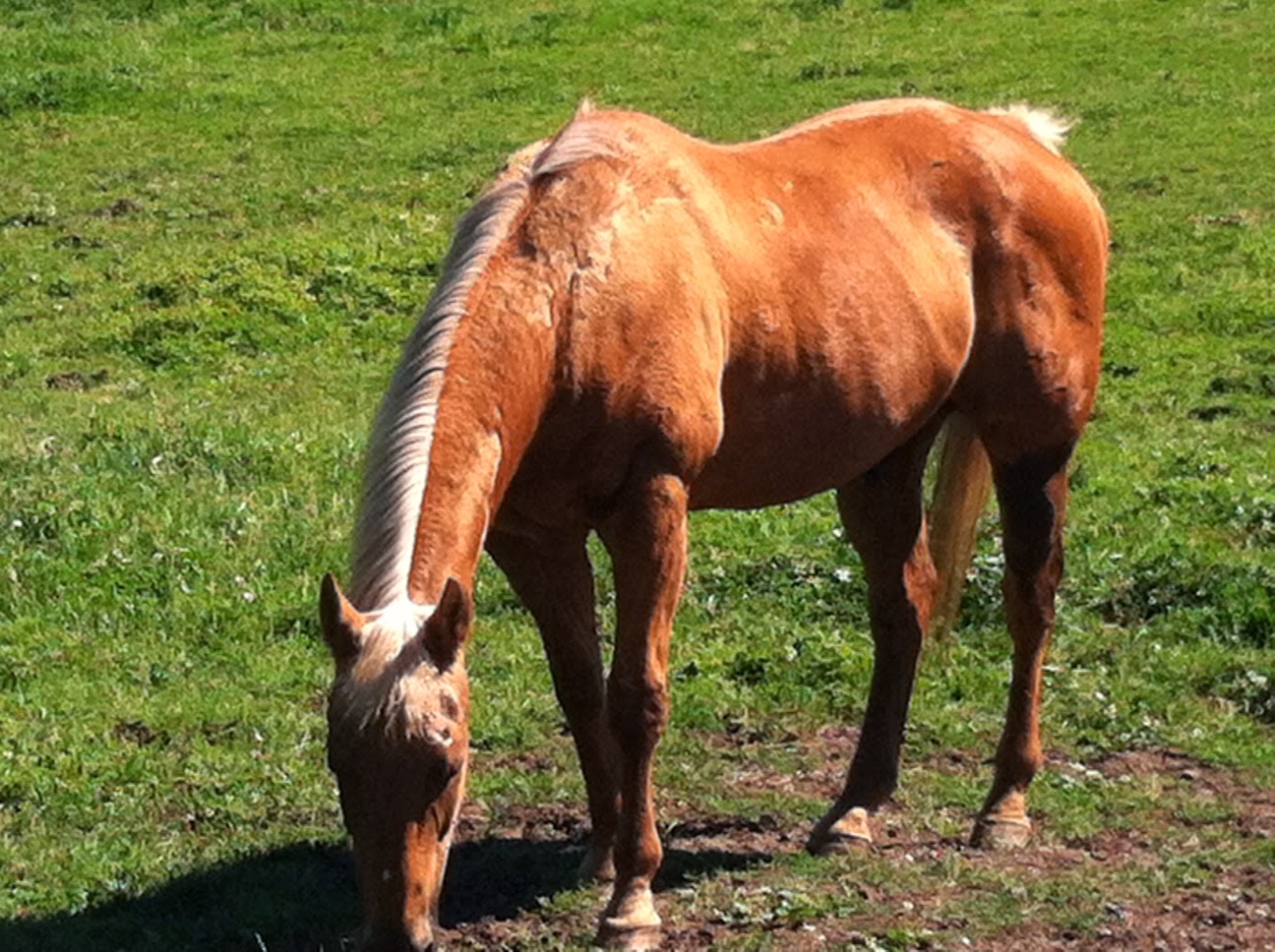 Good food, clean water, trimmed feet and a loving family indeed took a horse from a Pauper to a Prince. Prince dropped his hay - alot.  The vet came out and determined Prince's age to be over 30.  No need to float his teeth, he only had a few left.  We put Prince on Orchard Pellets mixed with water to become what we refer to as "Slop". Between his Cushings and loss of teeth, we've kept Prince going with Slop in the AM and PM along with free hay and grazing (as best as he can tolerate).  But the past winter was a rough one for this kind hearted horse. 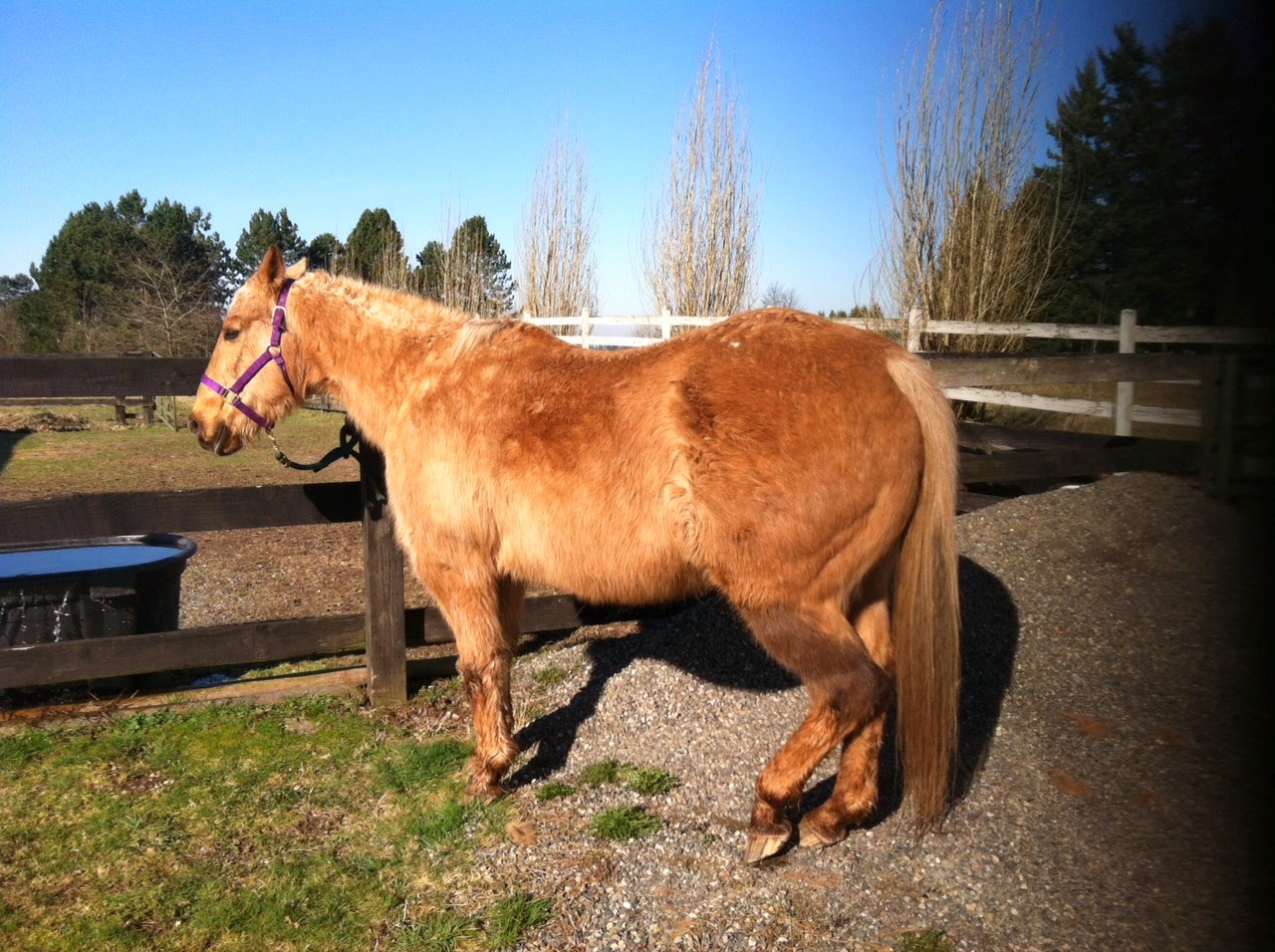 Sadly his demise is his feet.  Prince can no longer stand on three feet to be trimmed/shod.  Even with Butte he is in agony.  The last trimming was horrible.  He must have his feet trimmed and fronts shod due to thin soles and poor historical foot care.

So we have made a decision.  And no matter how often we've made it in the past, it's always painful. Prince's future appointments with the shoer have been cancelled.

As we prepare to say goodbye, we plan this event to be as peaceful as possible for all of our horses as well as respectful to a horse, who was never a Monster - but always a Prince.