What's In a Name

Everybody gets renamed at our house, both people and animals.  Of course everybody comes with their official name, but that only lasts so long.  Being part of this family includes being renamed.

Poco has only been with us for six months so his list of names is pretty short.  So far he has picked up the name Poco Dot due to his Appaloosa markings as well as Poke. 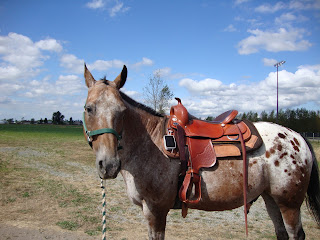 It seems the longer we have our pets, the more names they earn.  For instance our dog, Hank, has "earned" numerous names. 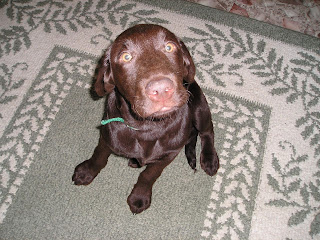 He picked up this name (due to his lack of intelligence) as a young pup in chasing any horse that would run, which he thought was a great game.  This not only included chasing all of our horses, but also the neighbor's valuable Andalusian Stallions and Mares.  As he narrowly escaped lashing hooves, he truly earned the name Lookie (To Be Alive). 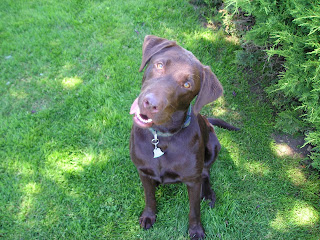 Lookie turned to Shiest (sp?), which my husband called Hank for the numerous things that puppies do, including chewing up our window sills in the kitchen, etc.

Shiest turned into Pogo Shiest when Hank was then placed in the laundry room while we were away, where he couldn't do (much) damage.  As we'd drive up our road towards the house, in the distance one could see a brown head repeatedly pop up and down in the laundry room window, just like someone on a pogo stick (if you're over 50, you know what that is).

Tori, the Anatolian Sheppard who lives next door is Hank's best buddy.  Tori became Trica and Hank then became Booshka.  Today I call Tori, "Tee" and I call Hank "Boosh". 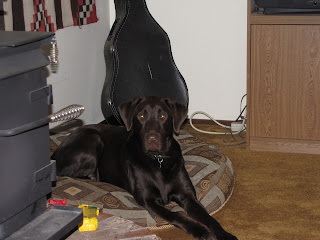 Sunny Bear, our older Belgian, became Bear.  In the winter he gets a big furry coat like a Bear.  Bear turned into Bee and now I either call him Bee or Mr. Bee. 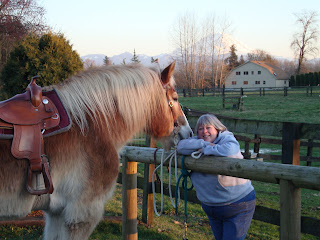 Gus has been with us a little over a year.  So far he has become Gussie (my husband hates it when I call him that) and Mr. G. 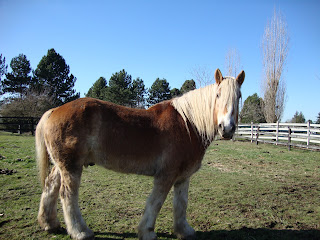 ﻿
Together they are now called The Belgies.﻿ 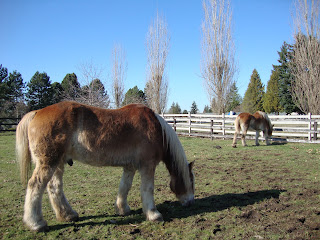 But upon arrival I was so stunned by how small she was!  I remarked she was just a smidge of a kitten, and the name Smidge soon became Chloe's new name. 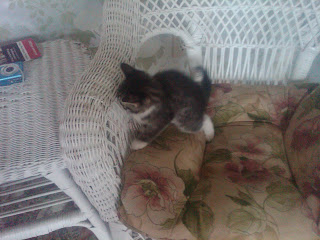 For reasons I have no wherefore of why, I started calling her Smidge Tuna.  Today I call her Tuna, or Tune. 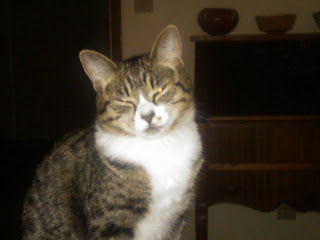 ﻿Names also change for the humans at our house.  As a child our daughter used to love the book by Beatrice Potter called, "The Story of Squirrel Nutkin".  Somehow that became her family name and today at almost 21 years of age, I still call her Squirrel.
My husband is a big guy and has six toes on one of his feet.  He became Big Toe, who I commonly refer to as Toe.
As for me, I've picked up names too.  My husband calls me Tootsette and my extended family call me Orie or Ore.
What's in a name?  In our house there is a lot in a name!  :)
Posted by 50+ Horses at 1:49 PM