Last weekend some of my pals invited me to join them as they exposed their horses to cows for the first time or tuned them up in preparation for a sorting clinic they will be attending next weekend.

With Poco's sight issues, it's been advised I not put him in with cows as we aren't sure how much he'd be able to see.

If anybody out there has a horse with Moon Blindness that they've ridden to in cattle, I'd love to hear from you.

It was a lot of fun to watch but it was sad to not be riding, knowing that a year ago I would have been in there with them on Champ.  How I wish, wish, wish (a million times over) that I already had the horse I'm planning to get.

My friends are all heading to a 2-day clinic on sorting this coming weekend.  I've been invited to come and watch and probably will, hoping I'll learn from observation.  But it's not the same as the comaraderie and fun it would be to ride with them!


Here are some pictures I took from last weekend: 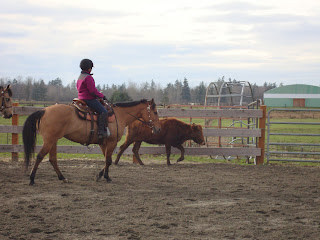 This little mare and her rider usually jump.  Neither had ever been around cows before.  They were both naturals!  Within minutes of being in with them, they were both having a great time. 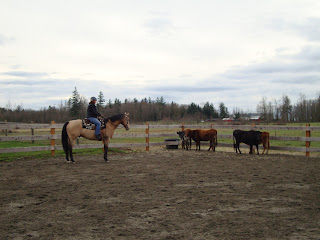 My friend, Lisa, had never been around cows but her new horse had.  The horse knew what to do and took great care of his rider.﻿ 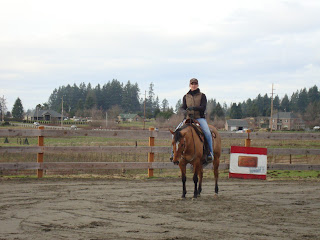 My Friend and Trainer, Rachel - our leader.

The low key environment and laughter as well as the close interaction my friends had with their horses had me quickly sold and knowing that this is definitely something I want to join in on!