Never Take It For Granted

The biopsy is over.  Incredibly quick and with amazingly little discomfort considering they took six biopsies from two lumps in my right breast.

The mumbling and whispers from the medical team as they removed the biopsies had left me doubting the outcome.  I hadn't said anything about my doubts but a dark shadow was upon me.  I was convinced the news, when it came, would not be good.

The call with the results arrived while I was out in the barn putting hay in the stalls for three uncooperative horses, which were due to have shoes in a few hours.  Soaking wet, they refused to come in out of the rain and into dry stalls complete with fresh shavings, grain and hay.

The nurse who called me was very patient when I asked her to please hang on while I went into my office and pulled out a notepad more for something to hold then to write on.  Frankly, I also felt the need to be seated when I got the results.

Once settled in my office I took a deep breath and said, "Ok."  And she said the words I had been praying so hard to hear.  "Your Results are Negative."

Oh those wonderful words!  They released me from the stress I'd been carrying.  They lifted me up into the clouds and everything around me seemed to lighten up.

I gushed many "Thanks" and upon hanging up found tears streaming down my face.  Such a strong joyous feeling of having been given a new lease on life came upon me.  A grateful feeling for the prayers I'd said, for the prayers my friends had said, and for you who read this blog who had written me and helped me keep my chin up this past week.

My dog, Hank, was the first to be told my good news, sitting faithfully next to me in the office.  A phone call went next to my husband and daughter.  Then text messages to the few family/friends who I had shared this with.

I then returned to my job of trying to coax my horses into their stalls but not before I did a jig up and down the barn aisle multiple times while music played full blast on the barn radio and Hank ran alongside me until we were both breathless.  Someone seeing me would have thought I'd lost my mind.

But I hadn't lost something; I had found something in the joy of health and life along with a deep humbleness of knowing I'd been spared from breast cancer while others hadn't.

Never take it for granted. 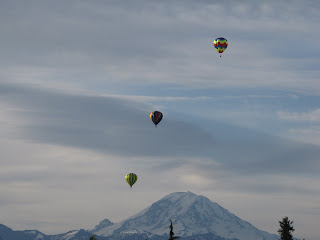