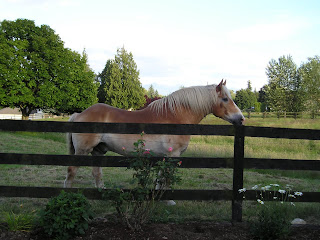 It's sadly part of owning horses, the decision to say goodbye.  It's something we have had to do before and it is something we will have to do again. 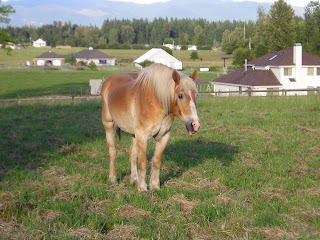 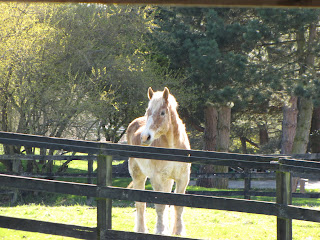 We don't take the decision lightly.  We discuss, we discuss some more, we discuss further.  With each discussion pieces of our heart break as we move towards our decision and closure. 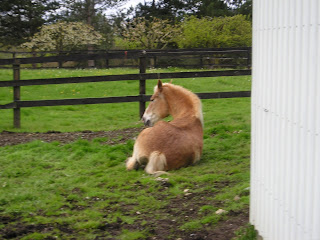 As it is with Bear, our rescue Belgian who came to us skin and bones, in such poor health that he wasn't supposed to last through the winter.  We were the third party to rescue him, the other two parties failing miserably when it came to feeding him. 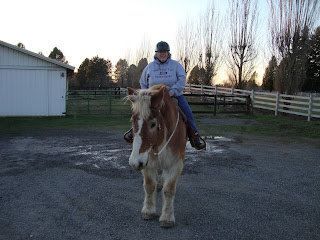 If there is one thing this family can do well, it's put on weight.  So Bear gained weight and for the last five years we've adored this sweet, kind hearted Belgian.  He rebounded and a few years ago was in good enough shape that I was able to ride him (at a walk) around our place. 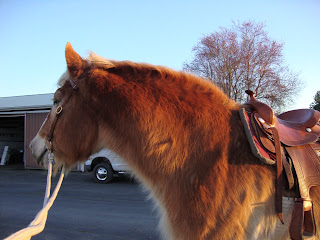 The funny thing about that short ride.  I'm not sure who enjoyed it more, Bear or I.  There is saying about giving a horse a job.  One could see how proud Bear was after our little ride.  Like a peacock, he strutted around the pasture when I turned him back out.  He was waiting at the gate the next day, as if asking, "Can we do it again?"  I wish I would have taken him up on the offer. 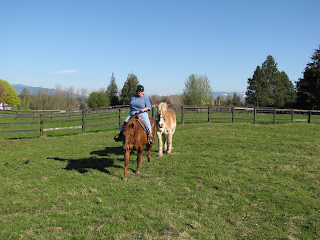 Bear gets along with everybody but I think his best friend was my former horse Cisco, who we lost to colic last year.  After Cisco was put down I brought Bear out to say Goodbye.  The look of pain and sadness in his eyes as he raised his head after smelling Cisco - my husband also saw it.  That look tore at our already broken hearts and we knew we weren't the only one that night who had lost somebody special. 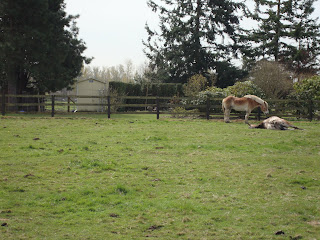 But the weight will no longer stay on, no matter what we feed nor how much.  At an estimated age of late twenties, the teeth are no longer plentiful and the mind is becoming confused.  With each time Bear lays down in the pasture it's now a major effort to get back up.  It's a long process to watch him struggle back to his feet.  His step is now unsteady as he wobbles around the pasture. 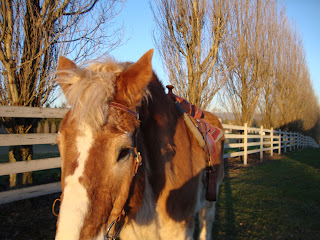 And so the clock ticks and time moves closer to when we will have to make the calls that will change the rhythm of our barn. 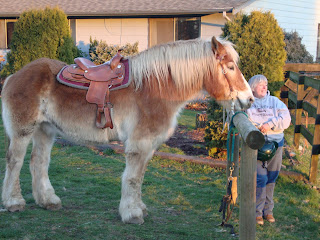