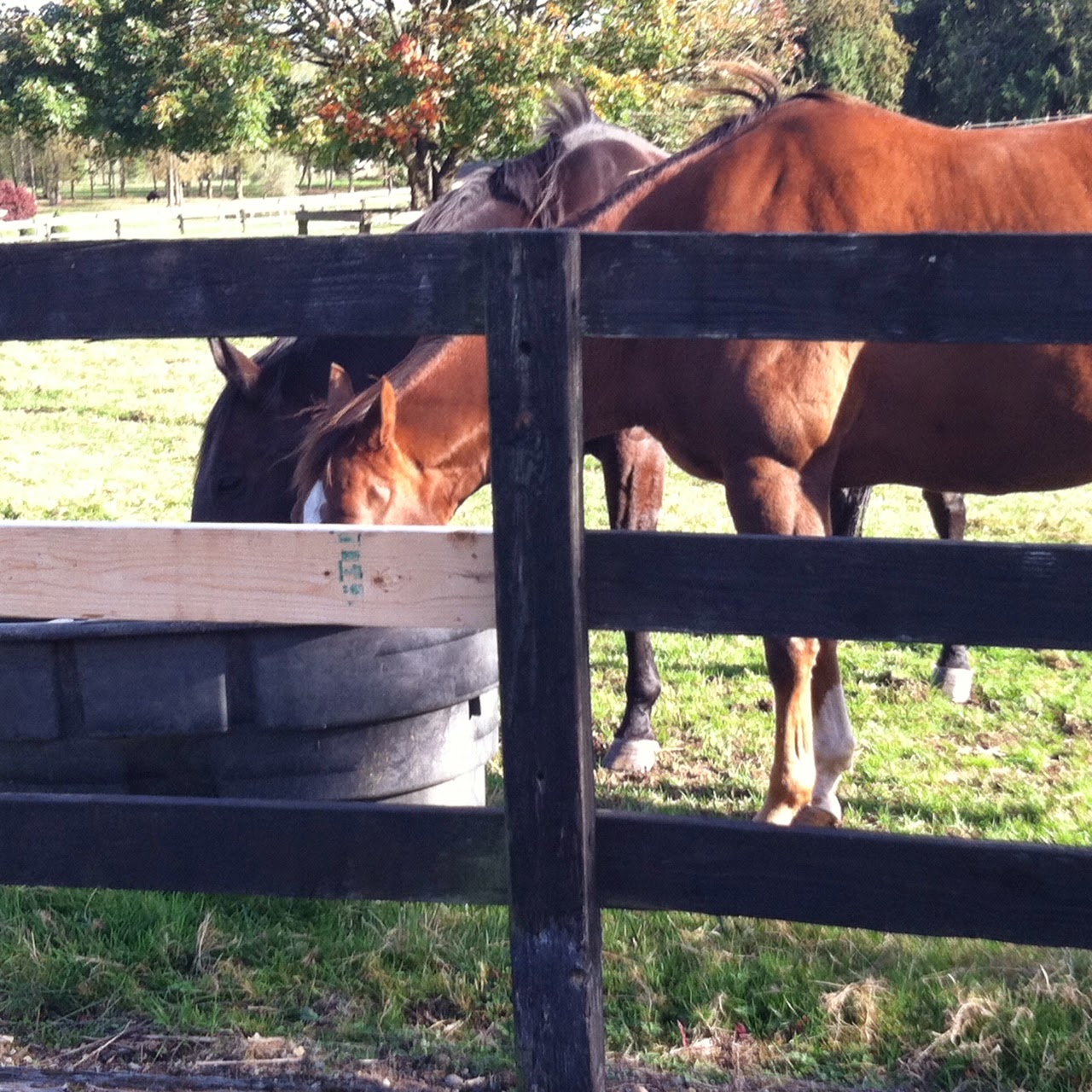 Galileo's (Gal's) arrival in October proved he was the Leader of the herd.  That wasn't surprising since Elvis, who has always lived in a stall, doesn't know much about socializing.  He's an easy going/"follow the leader" kind of guy. 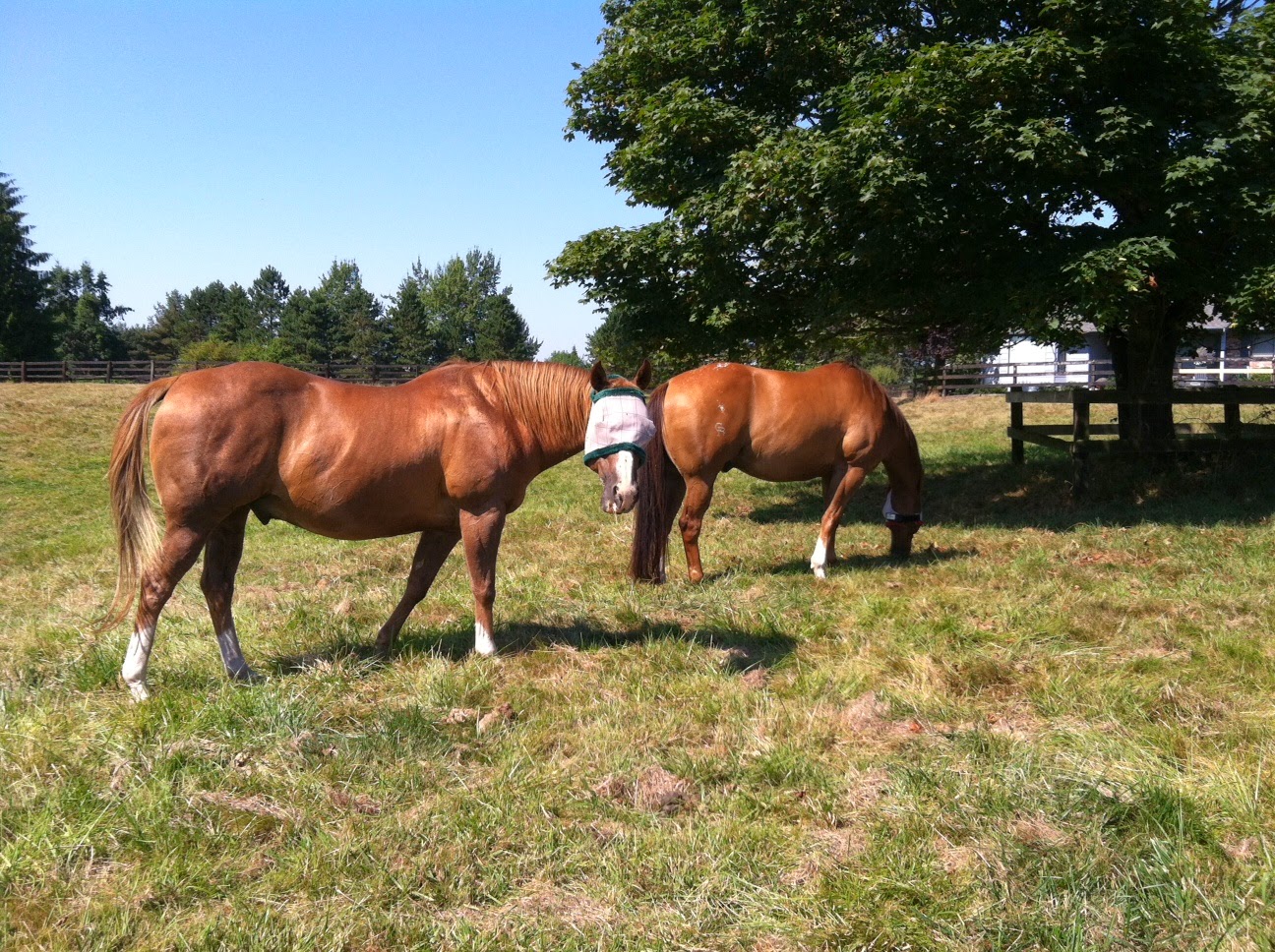 Whereas Bob was also the leader; he served as a gentle mentor and teacher for Elvis.  Elvis didn't know to seek shelter during a storm but Bob showed him how to sense when rain (or thunder/lightning) were coming and get out of the elements.  Soon Elvis began to pick up some of the tricks of being a pasture horse vs a stall horse.  Good life lessons.

As fall arrived I felt confident in Elvis wintering here.  There was more for Elvis to learn and I knew I could depend on Bob to teach him how to break ice in the stock tank for a drink when it was frozen, negotiate on frozen ground, etc.

Sigh - my plans came crashing down when we suddenly lost Bob from a kidney stone. 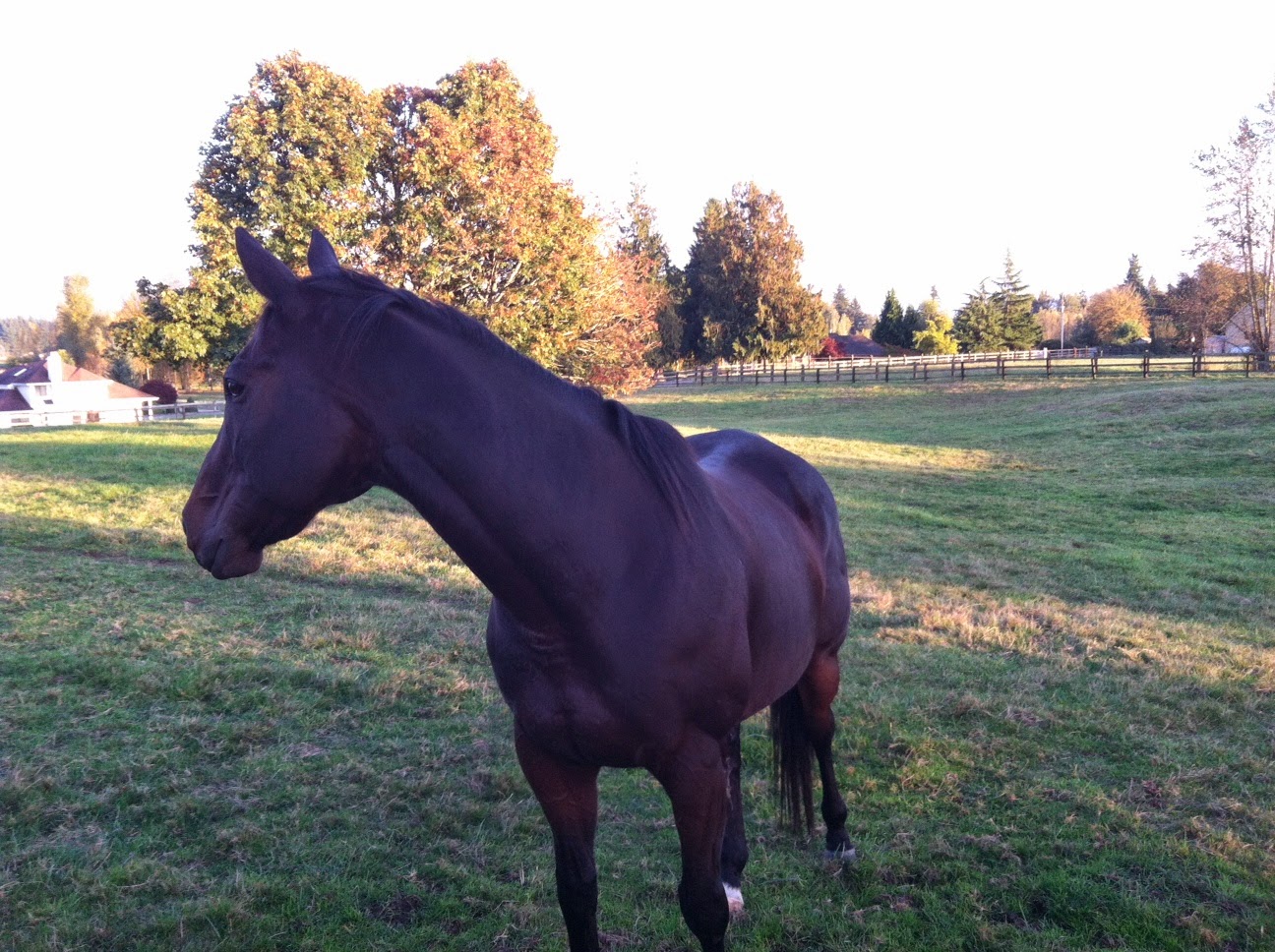 I had hoped Gal's leader qualities would carry on the training Elvis needs. 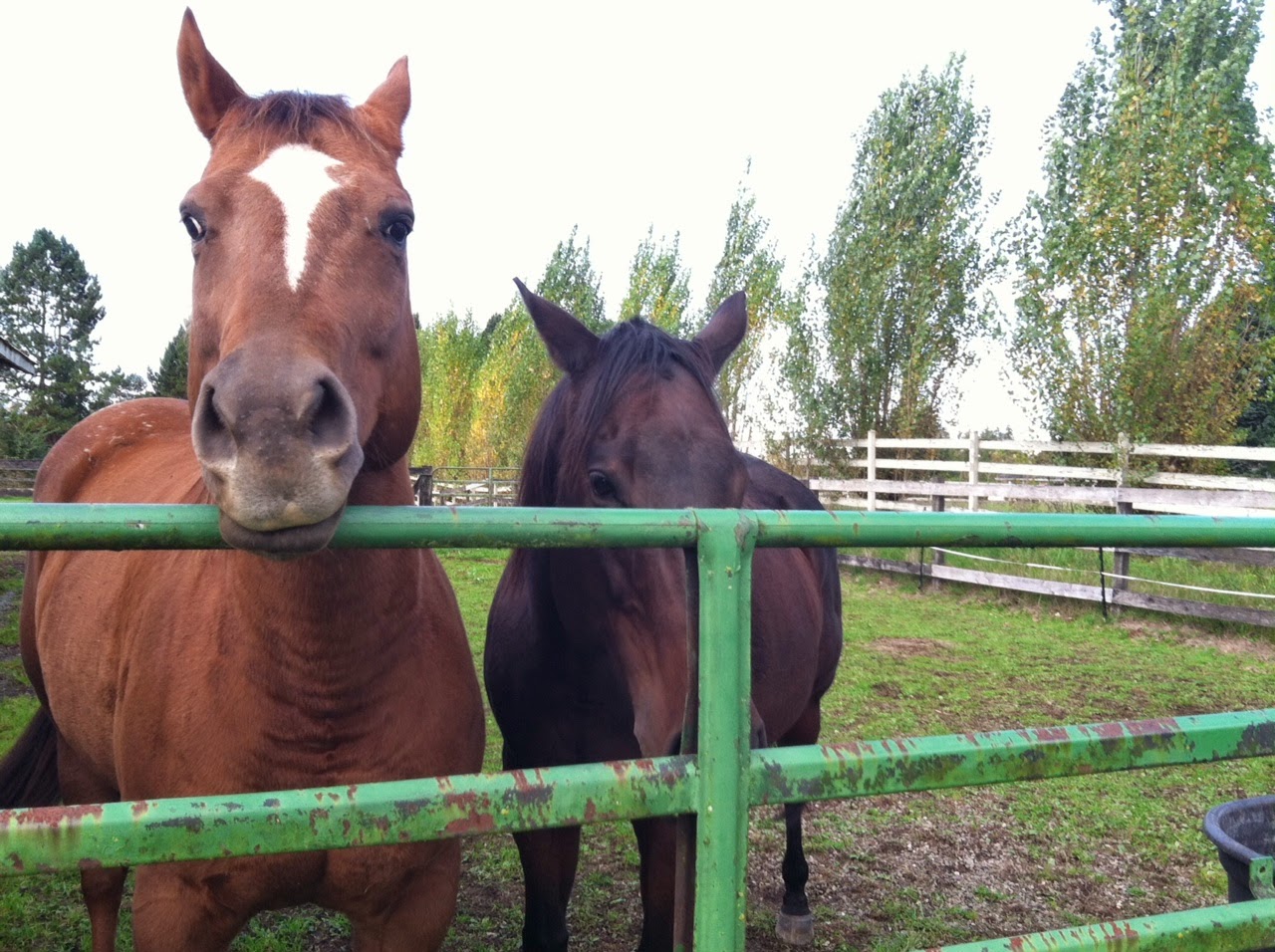 But Gal is the type of leader which I've only encountered once before in my years of owning horses. He's not only aggressive towards Elvis but he's also a jealous leader.  In the picture above he's about to nip Elvis and then run (stampede) him away.  And Elvis is about to crash into the gate in his haste to escape.

As the weather deteriorated so did their relationship.  I couldn't get my hands on Elvis because Gal would run him away from me.  Gal also proved to not be an "old campaigner".

He obviously doesn't know much more than Elvis about living outside in the elements.  When it rains he stays out in the middle of the pasture, soaked to the skin.  He doesn't appear to care for the large, insulated loafing sheds, in fact I don't think he likes them one bit.

Elvis, being the monkey see/monkey do horse he is, also now avoided the loafing sheds, can't blame him because if he did go into them Gal would chase him back out onto the pasture.  I worried about Elvis picking up some of the aggressive habits Gal presented to him.

As the ground became muddy and slick, I had to make the hard decision to put them in separate pastures for Elvis's protection.  Gone in a flash were my seasonal rotated pastures that have served us so well. 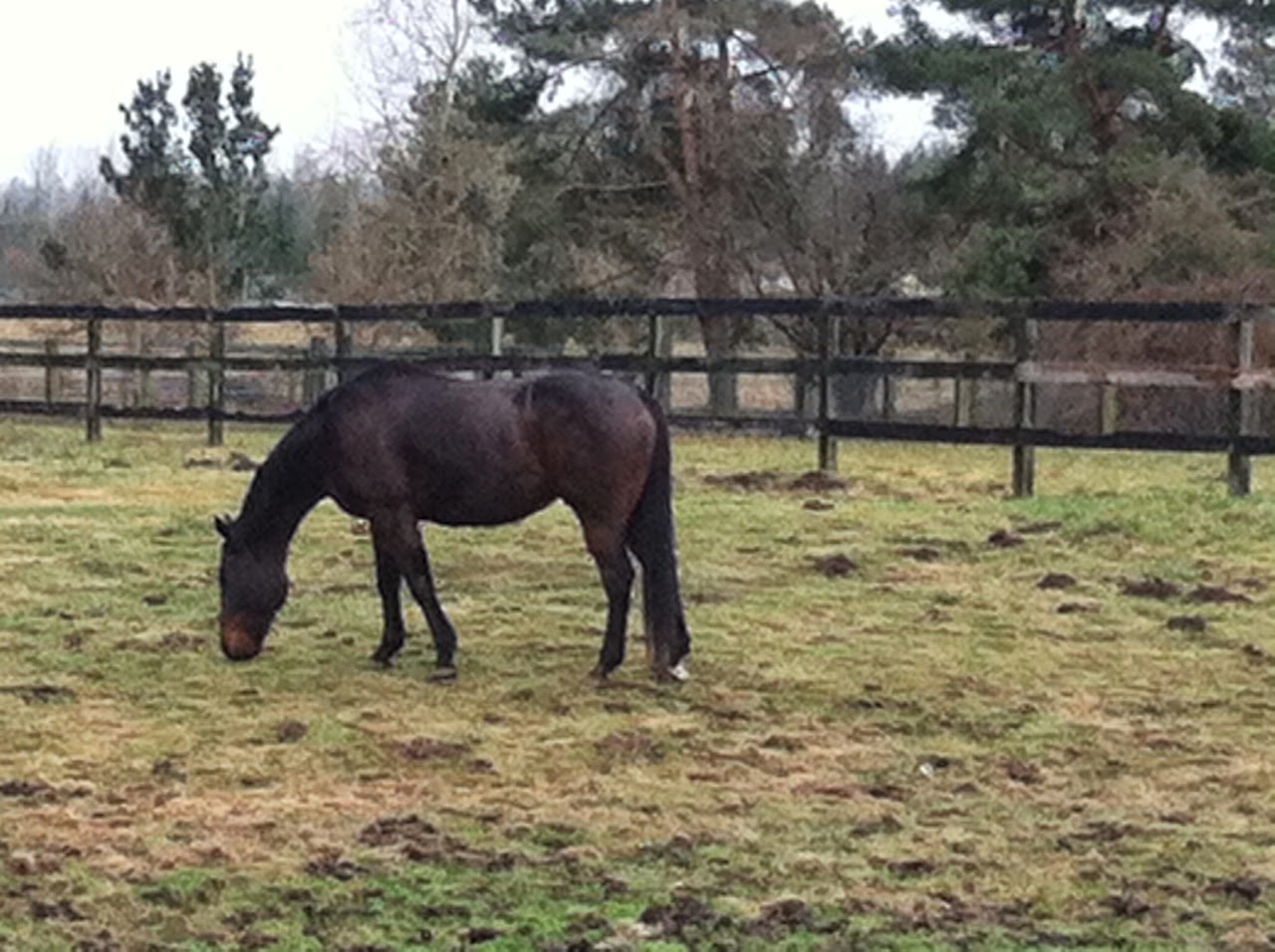 Initially I left them both outside full time in their prospective pastures.  Gal in the middle pasture near the bedroom side of our house with a loafing shed available (which he still rarely went into). 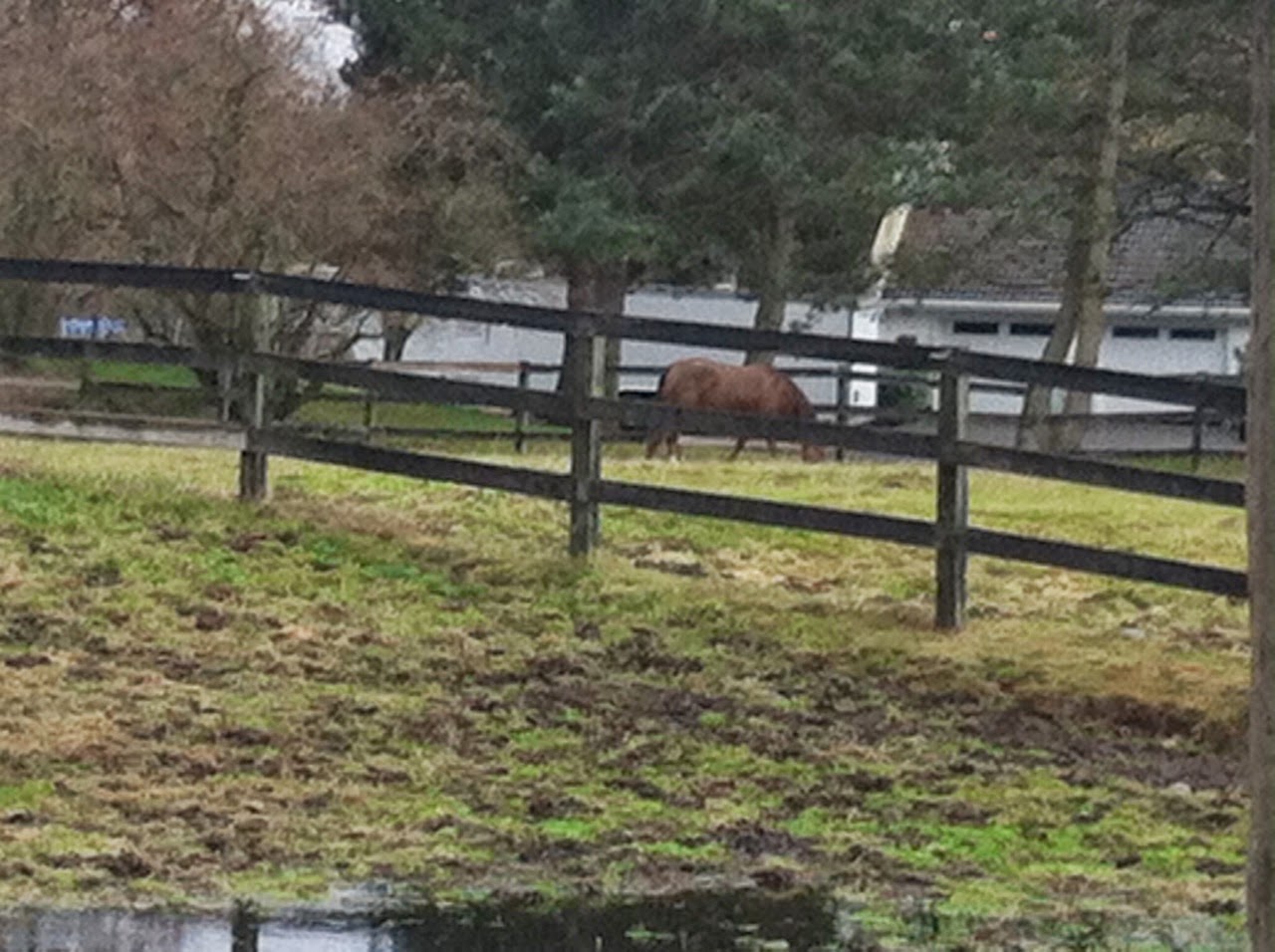 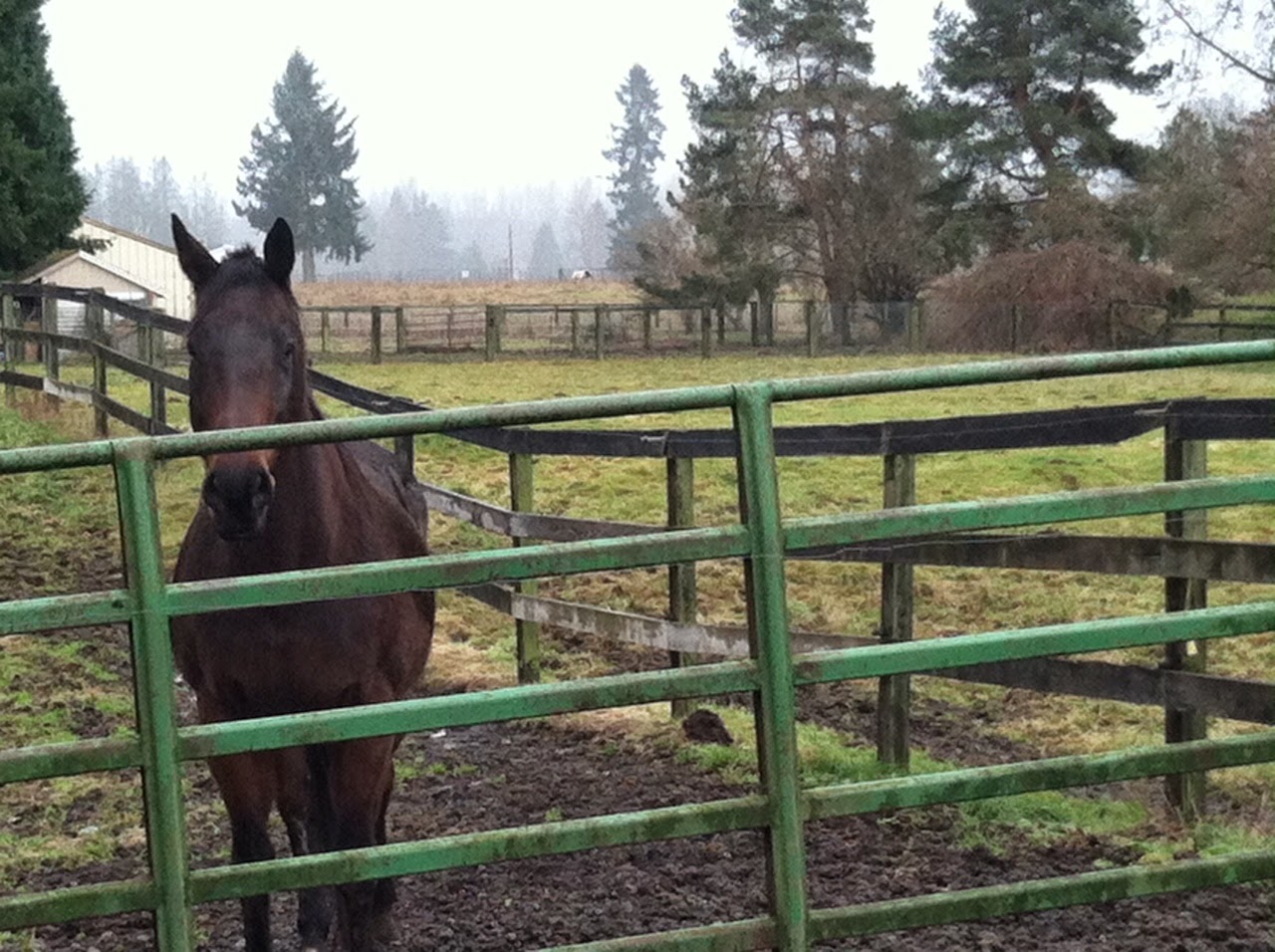 After three sleepless nights of this I had to go to the next level of care, one I hated to do. 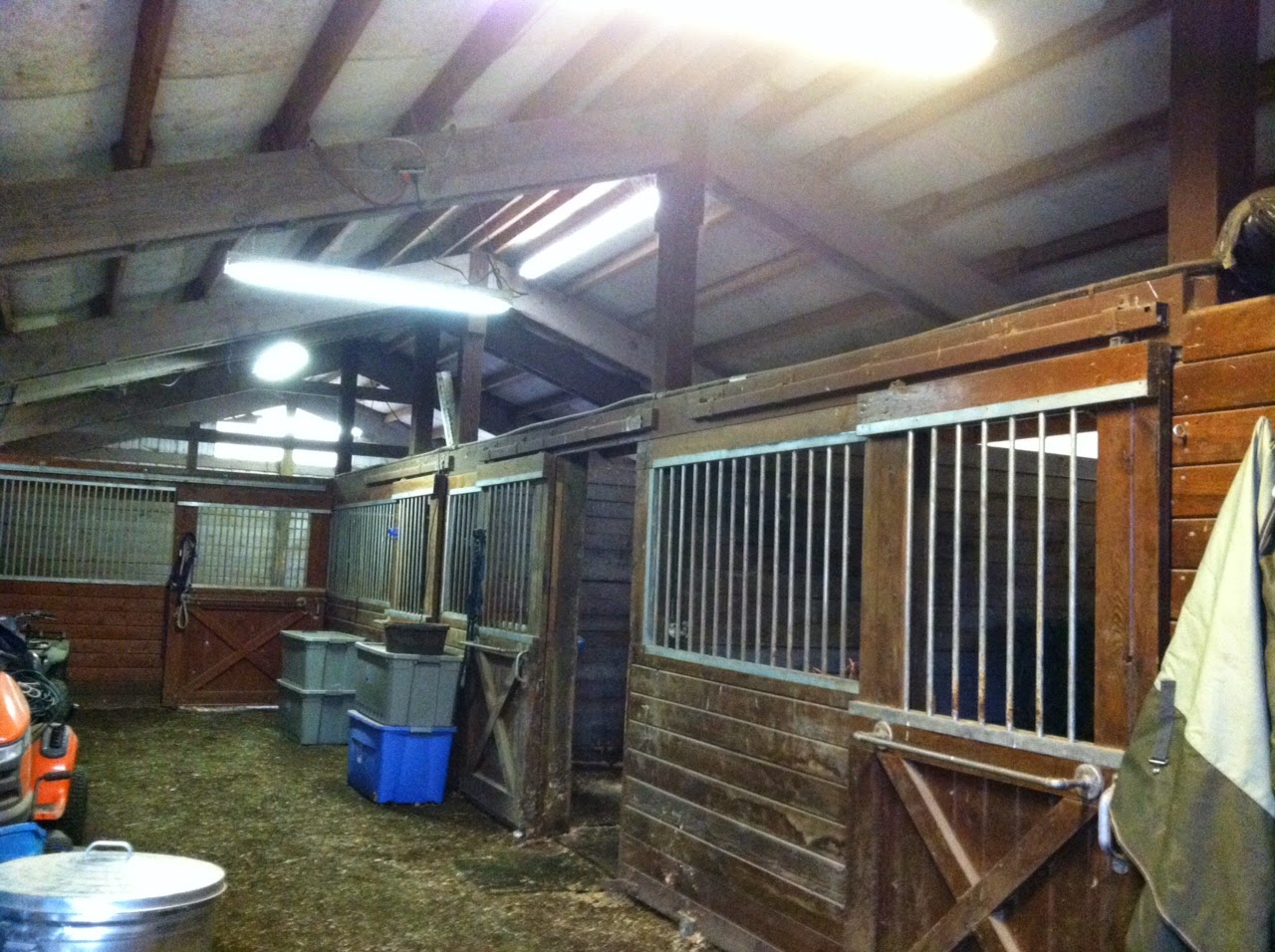 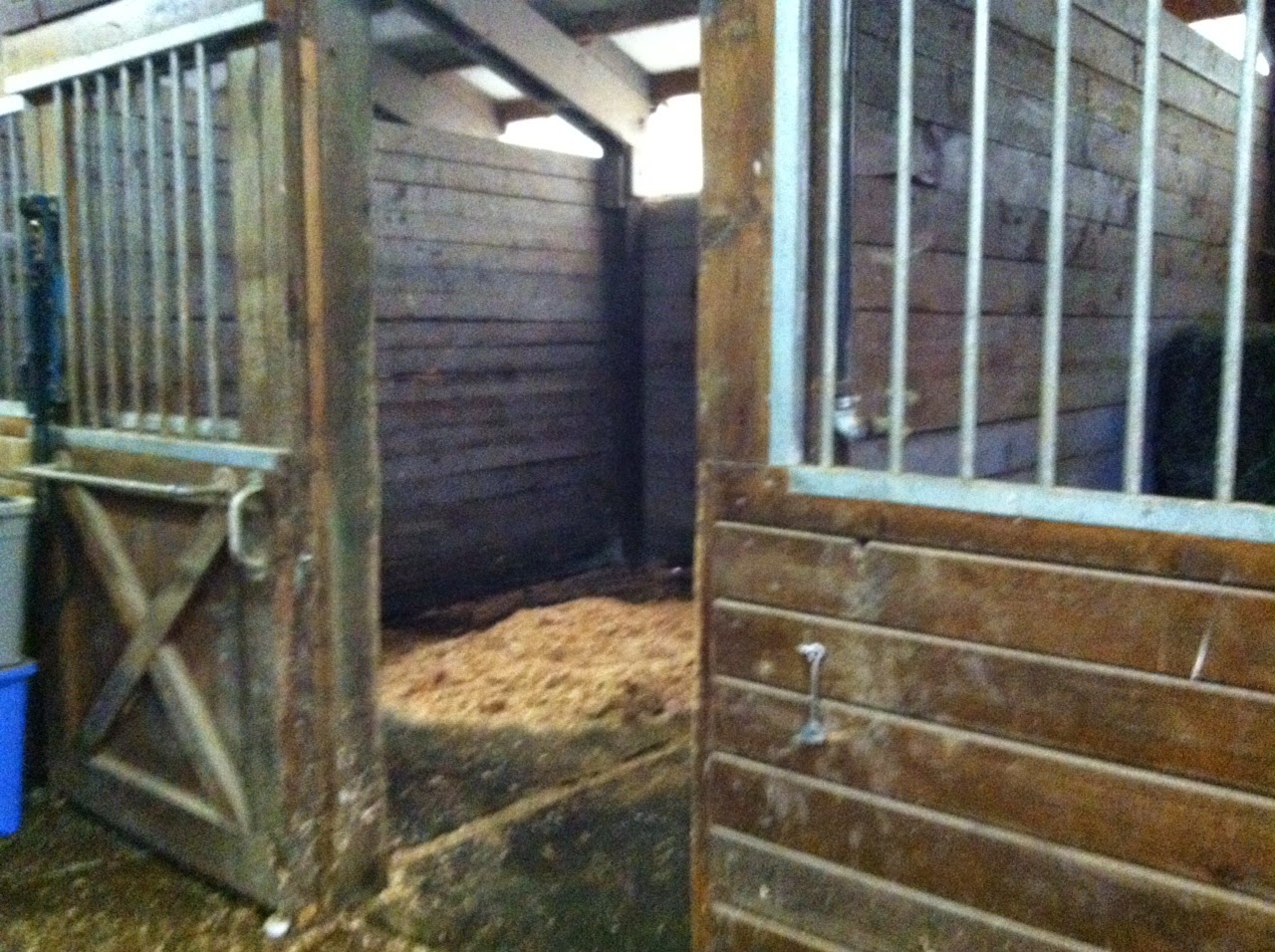 A stall for Gal. 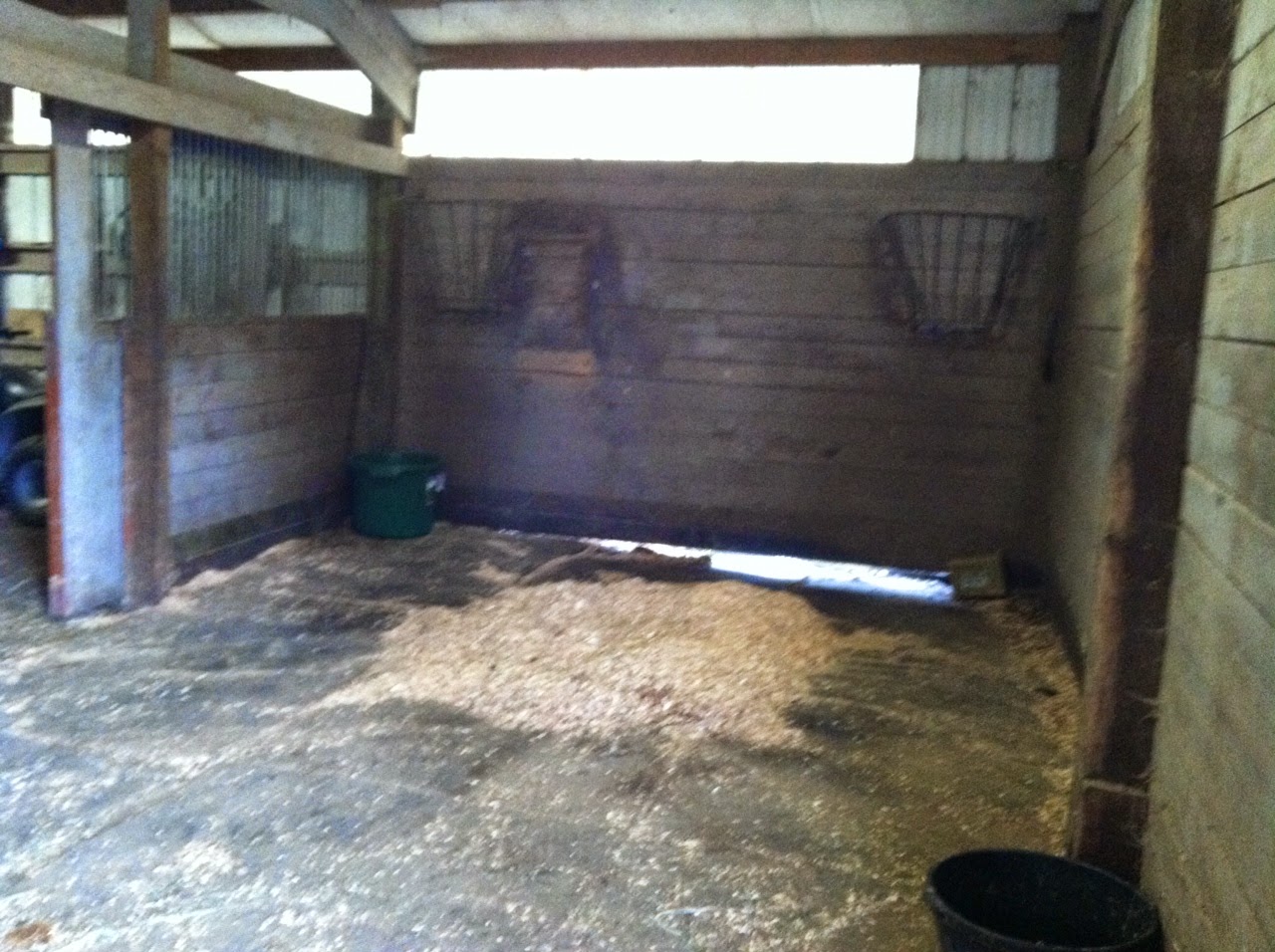 Each morning I now start my day by cleaning two stalls.  The stalls are empty as "The Boys" are already outside in their own personal pastures compliments of J who goes out earlier in the AM and turns them out.

Each evening as dusk arrives, I now bring them back in - Gal to his stall and Elvis to the foaling stall and paddock area (closing the gate that leads out to his pasture).

We've had to invest in heated water buckets so the water doesn't freeze in the stalls at night as well as shavings...shavings...and more shavings.

I've had to break out blankets to keep the darlings warm when our temps have dropped into the teens, whereas I rarely blanketed our easy keepers who sided up next to each other in an insulated loafing shed and remained cozy.

As much as I love our Complicated Keepers, I sure miss the days of our Easy Keepers!