Passing of the Torch 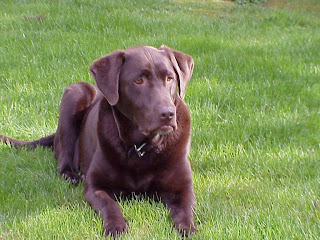 A little over six years ago with our dog Tucker's health failing from old age, we decided to find the dog that we could pass on the torch to. 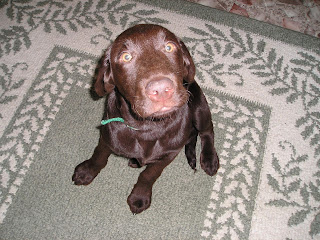 We went to look at a puddle of new-born puppies.  While we looked at the puppies, a 3-month old puppy sped back and forth outside the barn door in what can only be described as the absolute joy of being young.  His happiness was catching, bringing smiles to both my husband and I.  That puppy, whom we named Hank came home with us. 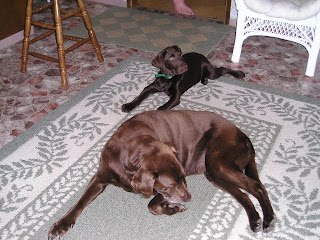 Hank is a sensitive dog.  He knew Tucker was the "Head Dog" and he didn't push the fact.  As a result there was harmony between the puppy and the old dog. 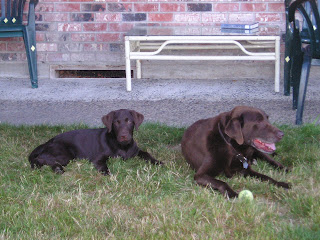 Tucker had a daily "route" through the fields and over to neighbor's farms which he introduced to Hank.  Stories from neighbors told of Tucker being ready to return home but Hank having other ideas.  The wise old dog would try to herd Hank home, finally giving up and returning alone where he would keep watch for the young puppy. 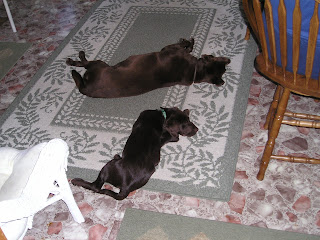 The day arrived when the old dog left in the car and never returned. 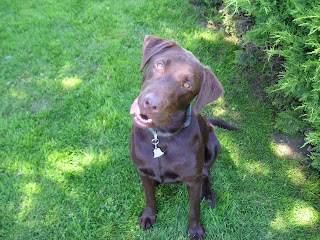 Hank was confused when we returned without Tucker. 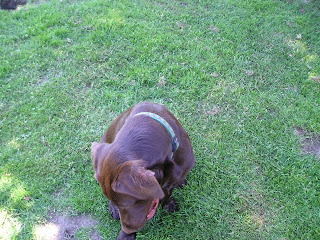 But he lost focus on his concerns when he spied a bug crawling in the grass.  Such is the attention span of a puppy. 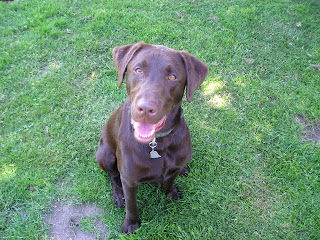 On that day I told Hank that the torch had been passed.  He was now the Head Dog.


Hank's first two years included many heart stopping moments due to lengthy absences from home while he explored Tucker's routes (and some of his own).  Neutered, micro-chipped and carrying our ID on a tag saved him many times.  Eventually his wandering became less frequent until they are now short-lived trips into our fields.
These days Hank accompanies me almost every place I go: 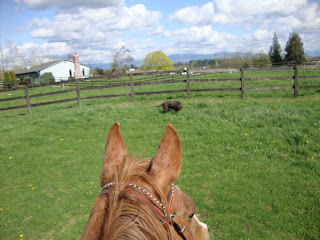 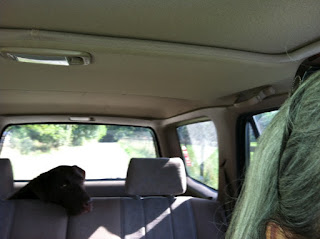 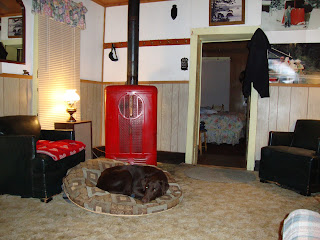 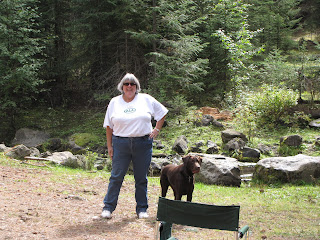 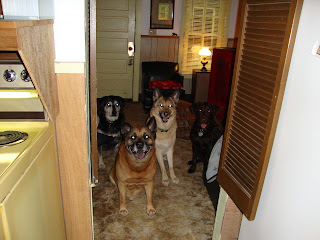 Hank gets along with other dogs... 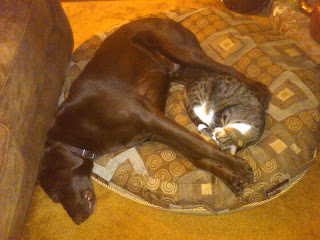 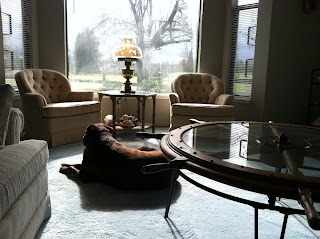 Hank always faces outward when he's with me. 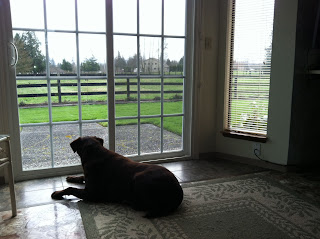 He looks out for me and lets me know if someone is near or something is wrong. 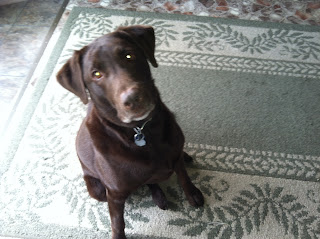 These days Hank's muzzle is starting to turn gray and I have this odd feeling that his days won't be as long as his old friend, Tucker.  As I write those words my eyes are clouded with tears because Hank has become such a big part of me and my life. 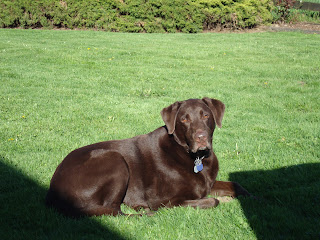 The day may be coming when we once again go look at a puddle of brown puppies.  Maybe a 3-month old will flash back and forth outside the barn door with speed in his legs and joy in his heart.  I'd sure like nothing more than to pass on the torch to another dog like that.
Posted by 50+ Horses at 4:12 PM