Last week was Prince's second shoeing since I brought him home nine weeks ago. 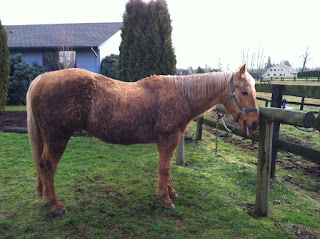 We had record rains in December and Prince has been looking pretty wet and muddy as he recovered and just got to 'be a horse'. 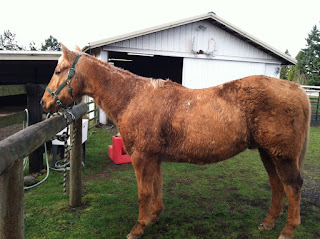 While I waited I decided to give him a good grooming session.  He's filled out nicely - no more bones sticking out! 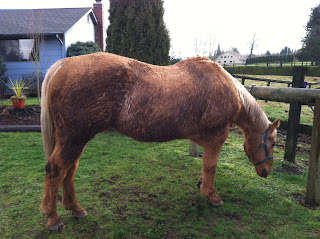 All of his open wounds have totally healed.  Even his feet are now in great shape. 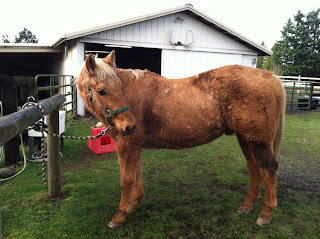 The shoer, who had first seen Prince only a few days after I brought him home couldn't believe Prince was the same horse and suggested I now start working with him to develop muscle tone (instead of flab).

Prince must have known what that meant because as I released him after he got his new shoes he took off bucking like a young colt!

Prince is good to go!