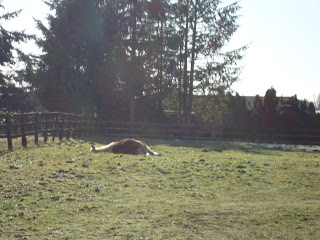 This morning dawned sunny but cold. I came out to start my journey of "Fixing It".   Gus was asleep in Bob's old pasture. 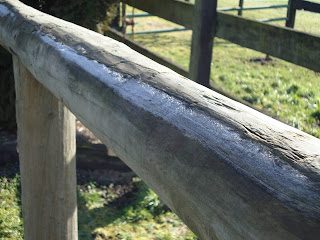 Frost on the hitching post where the sun had yet to hit. 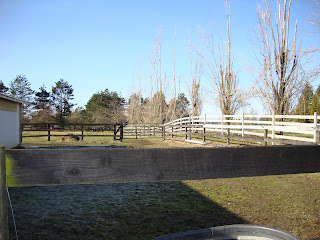 Bob was nowhere to be found. Probably in the loafing shed around back eating. 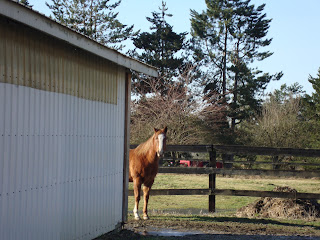 I called his name... 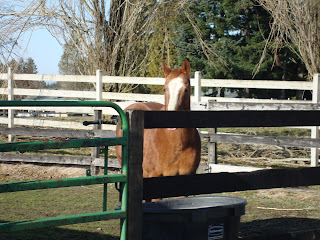 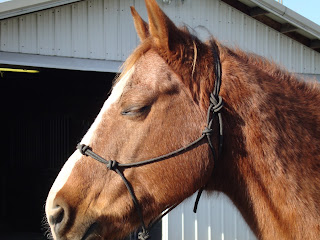 Today Bob was a different horse.  He remained where he stood when I approached him to put on his rope halter.  His eyes were soft and he was focused on me.  So different than yesterday. 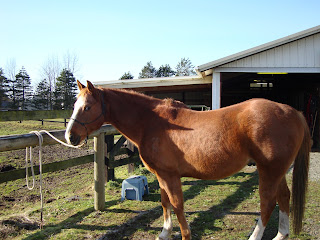 I gave him a good grooming.  We took a walk out to the back pasture that used to be Gus's, now Bob's.  The pasture needs a break.  I will need to put Bob on the summer pasture to graze until spring rolls around.

There in the back pasture we went through the ground work exercises that have helped me with other horses in the past.  It didn't take long for Bob to give that big, slobbering sigh.  With that sigh I led him to the summer pasture, stopping and backing up periodically along the way. 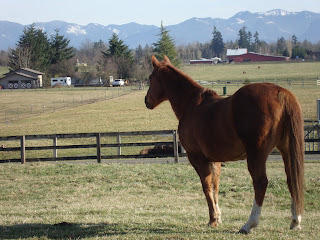 "Mom!  There are buffalo across the fence!!" 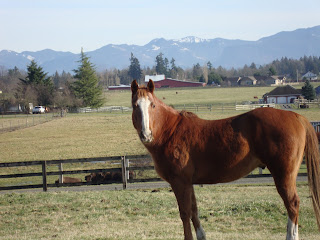 "Shouldn't we go sort them?" 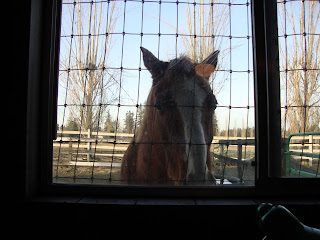 Tonight I put Bob's dinner in his stall before going out to catch him.  He once again moved away from me when I got close.  I moved a bit to his side and continued towards him.  He stood quietly while I haltered him back up.  As I finish this Post look who watches me through the window.