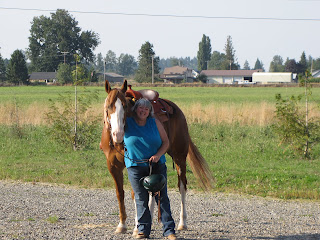 I had forgotten about the Head Game... 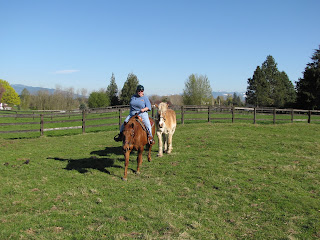 I had forgotten that in the past, when I've tragically lost a horse, something inside of me has also been lost. 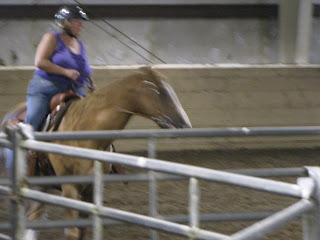 It's the part of me that strives to keep my confidence high. 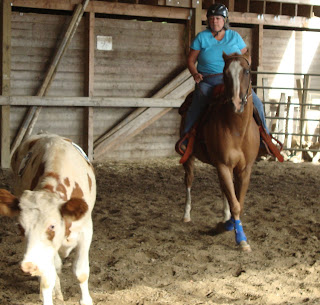 And it's the part of me that has worked so hard to ride the "right way", using my legs, sitting back, and keeping my body fluid. 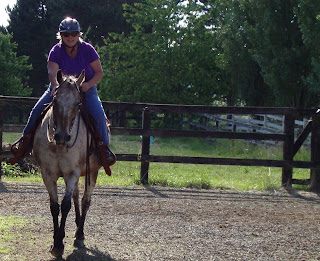 Above are the four horses I've lost in the last 24 months.  Champ in picture #1, followed by Cisco and Bear in Picture #2 and recently Poco, pictured above. 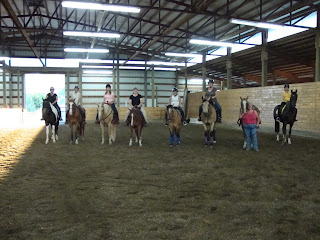 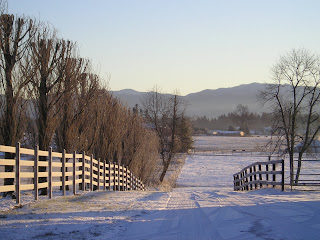 I hadn't been up on Bob since November due to weather and commitments, staying home safe and sound when the roads were icy.  But with recent mild weather I had decided it was time to go back to work - and I couldn't wait to start riding again.
I had forgotten about the Head Game.  Although my confidence level hadn't hit empty, it was lower than any other time I'd ridden Bob - and he picked up on it.  The poor horse had lost his leader and he was skittish and jumpy.
I asked Rachel to ride Bob first.  I told her that I felt we needed to take some steps backwards as we returned to lessons.  She rode Bob for most of this lesson.
Towards the end of the lesson it was my turn to ride and then cool out Bob.  I found myself  unsure when I first got on.  This is not unusual.  The commitment of swinging my leg over the saddle has always been the biggest challenge for me.  But the uncertainty disappears as soon as I'm on and moving, replaced with confidence and joy.
Not this time.  I remained tentative, riding horribly, like a piece of cardboard.  Bending and twisting my body and arms when turning, leaning forward.  I felt awkward, like a glob of putty on Bob's back.  It was ugly.  No matter what I tried to do, it was like weights were on my arms and legs.
When I finished I got off and immediately noted the lack of elation I usually have after I ride.  Usually the first thing I do is a little jig and dance, then throw my arms around Bob to thank him for the great ride.  That day I absently patted Bob's neck and just stood there - I was flat.
It was then that I remembered that I've been here before on my first few rides after losing each of those beloved horses.  With the loss of Poco, only last month, the Head Game has returned.
I will beat this Head Game, finding what I've lost, just as I have in the past.
And I be a better rider because of it.
But for the next few rides I know I'll be fighting the Head Game with each step.
Posted by 50+ Horses at 4:49 PM